Previously, we brought you the story of 60 vintage cars discovered in an old barn in France. The cars belonged to Roger Baillon and were discovered by a pair of motorcar specialists who made the biggest barn discovery in a century. It was expected that this awesome collection of vehicles would fetch at least $18 million at auction! Here is a closer look at one of these cars and what happened to it.

The car is a 1949 Talbot Lago T26 Grand Sport SWB par Saoutchik. The collection was put up for sale at the Artcurial auction in Paris, France in February 2015. Many of the cars brought in more than was expected. According to Yahoo Autos, The Talbot Lago Saoutchik "was once considered the most beautiful French post-war car ever built." It found a new owner who parted with $1.9 million to buy this vintage classic.

This exact car was used to advertise at auto shows in Europe. The Saoutchik is a sports car that was re-bodied by a custom chassis maker, and only four bodies like this were built. Auto historians thought this car was lost, but it turns out it was just rusting away inside Baillon's barn. Although the car really did rust out over the years, a closer look reveals its fine details, such as the portholes inspired by Buick. It is believed that it would take about $1 million to recover the Saoutchik back to its glory days.

So which car earned the most money at the auction? That was the 1961 Ferrari 250 GT SWB California Spyder. The Spyder was stored under a stack of books indoors and once it came out of hiding, it sold for $18.5 million! 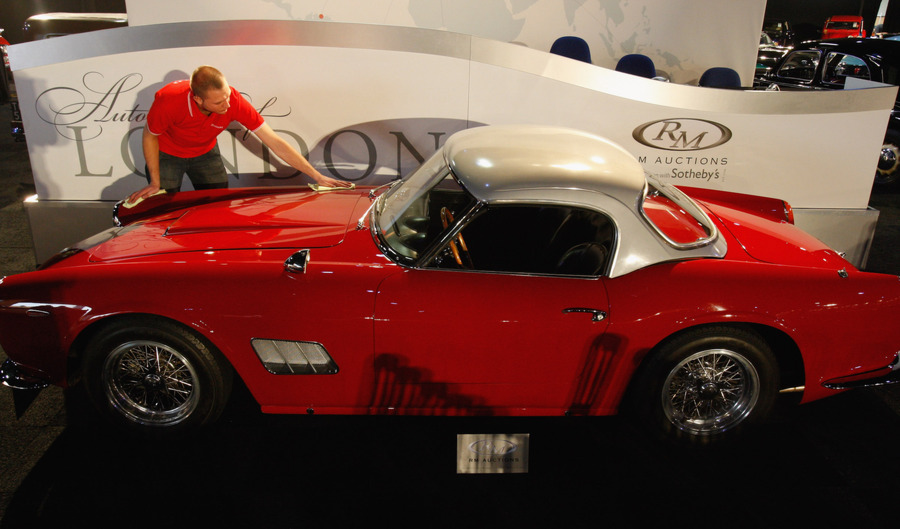