Boxer Floyd Mayweather's car – or, one of his cars, anyway – is a 2012 Rolls Royce Phantom. And unlike some of the other cars in his impressive collection, this was a gift. And not just any gift – it was given to Mayweather for his 34th birthday by none other than rap star 50 Cent – who himself is known for his expensive tastes in cars (and everything else). 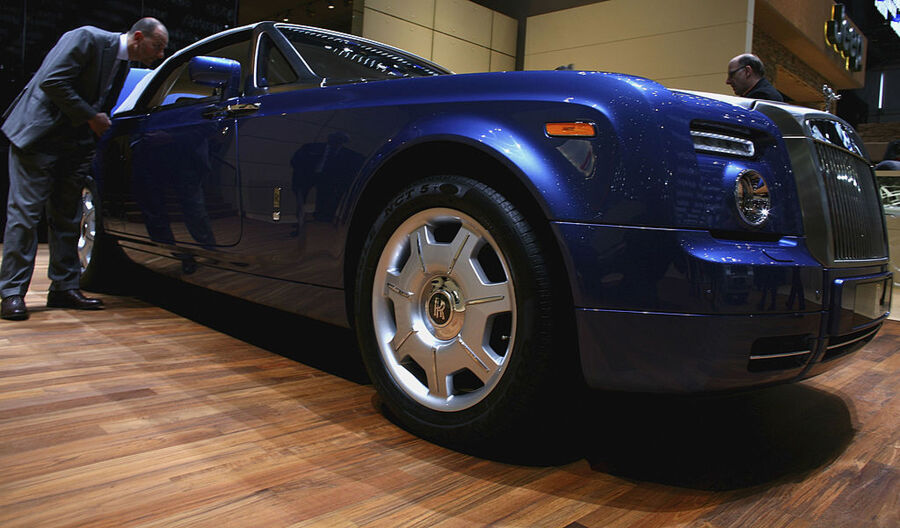 The Rolls Royce Phantom is one of the most respected luxury cars in the world – fitting given the legendary nature of the Rolls Royce name. The name "Phantom" has been used by Rolls Royce since 1925 on their acclaimed line of luxury cars. The one 50 Cent got for Mayweather cost a reported $300,000.

What makes a car like the Phantom worth that kind of money? Well, for one, it's completely handmade except for the car's chassis – a rare quality in a car, to be certain. And its V12 engine means it's got the performance to back up all the luxury trappings, like its leather and wood interior and automatic "coach doors" that close at the push of a button.

As for 50, he's got enough irons in the fire to afford a $300,000 birthday present. He's said to be working on a couple of different albums, one of which is a said to be a dance record entitled Black Magic. He's also continuing his aspirations to be an actor, working with no less than acting legend Robert De Niro on location in New Orleans. As if that wasn't enough, he's also got a book coming out, a semi-autobiographical young adult novel about bullying. His next album has gone through a couple delays, but is now slated for a July 2012 release date – but those delays don't have much of an effect on 50's purchasing power. I guess that's what happens when you have a good accountant.