By B. George Young on February 1, 2016 in Articles › Celebrity Cars

It has been a little while, but Floyd Mayweather is back at it again. It seems that the Money Man has not added to his luxury car collection for several months and was long overdue. This time, he has purchased a 2017 Bugatti Chiron in advance, after telling a friend that he wanted to upgrade his Bugatti collection. The now retired boxer dropped an amazing $3.5 million on his pre-order Bugatti.

If this story sounds awfully familiar, it is. Just this past October, Floyd bought another Bugatti luxury car for you guessed it, $3.5 million. That car was a 2015 Bugatti Veyron Grand Sport Vitesse. At that time, his car guy, Obi Okeke, stated that "Floyd's car collection is worth about $16 million right now and he wants to push it up to $30 million, and the biggest challenge for me is to find him very special unique cars." He has done just that with Floyd's latest addition to his luxury car collection. 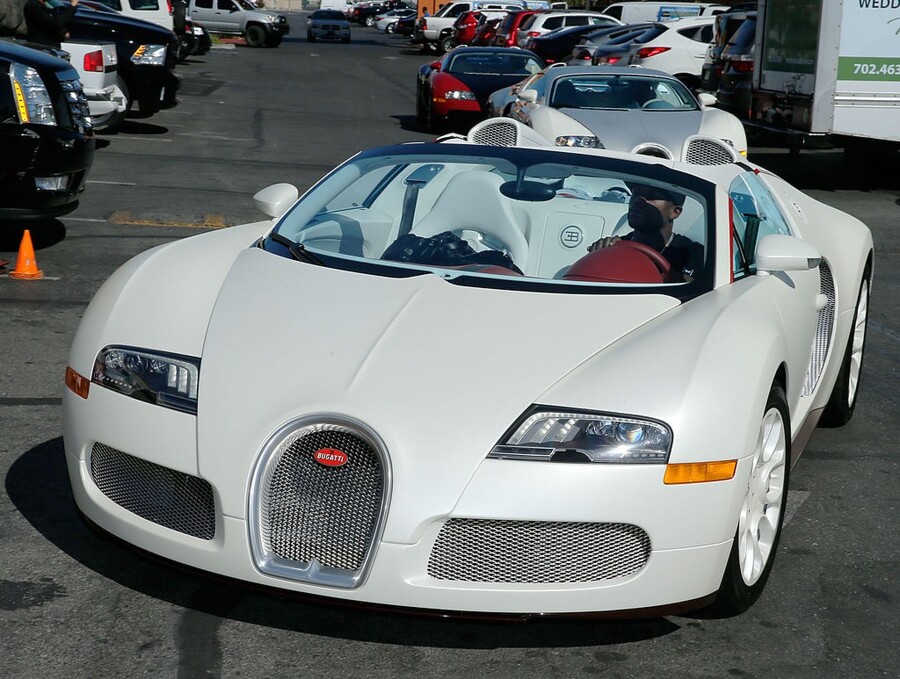 (The photo above is Floyd in one of his other Bugattis)

In order to make room for his new Bugatti, Mayweather decided to sell one of his older models. One of his Bugattis was recently seen in Scottsdale, Arizona being loaded up onto a shipping truck to be sent off to the lucky person who bought it from him. 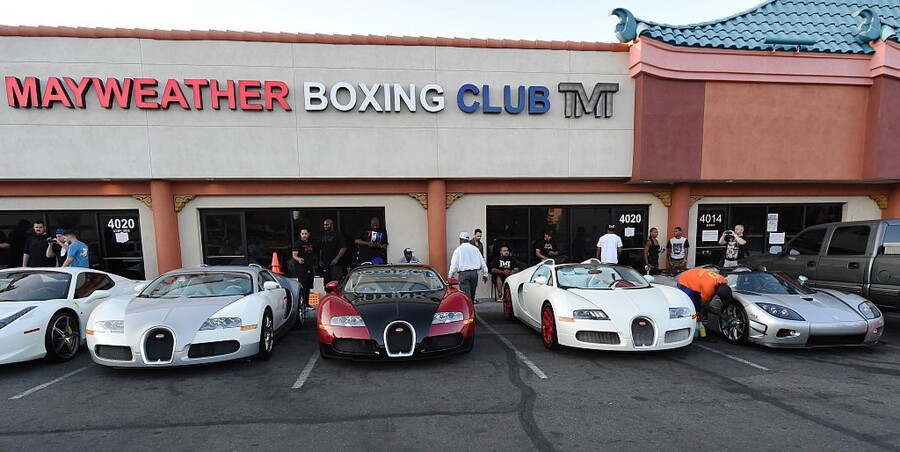 As we have previously reported, the Bugatti Chiron is the replacement for their Veyron model. Floyd will not be able to drive his car until it gets officially released in the spring, but he has already made room for it. Mayweather is not the only one to order a Chiron without even seeing what it will look like. Over 100 people have already reserved their luxury car which comes with a minimum deposit of $200 thousand. Here's what some believe the Chiron will look like:

The car's official unveiling will take place in March at the Geneva Motor Show and will feature an 8.0 liter W-16 quad-turbocharged engine with 1500 horsepower and a top speed of 288 miles per hour.

Floyd Mayweather's luxury car collection has been well documented, and it seems that he is not slowing down anytime soon, even after retiring from boxing undefeated. With a net worth of $400 million, a car like this only represents less than 1% of his wealth and is well within his budget.