If there is such a thing as being addicted to buying super expensive luxury cars, Floyd Mayweather might be the first official member of that club. This time, Floyd has outdone himself by purchasing a $4.8 million Koenigsegg CCXR Trevita! This car is so rare, that Floyd's is the second of only two that have ever been made. Dropping almost $5 million on a single car seems to be no big deal to Mayweather, who has a net worth of $400 million and makes about $300 million a year, or $100 million per fight.

"Money" Mayweather's latest addition to his amazing car collection features a 4.8 liter twin supercharged dual overhead cam V8 engine, has a top speed of 250 miles per hour, and can go from 0 to 60 mph in just 2.9 seconds. The Hypercar was sold by Fusion Luxury Motors to Floyd, who had his eye on it starting in June and has finally made the big purchase. Mayweather bragged about the car in a post on Instagram, stating that his Trevita is the only USA specific model in the world and informing us that Trevita means "three whites." His CCXR has a silver body with black and white trim. 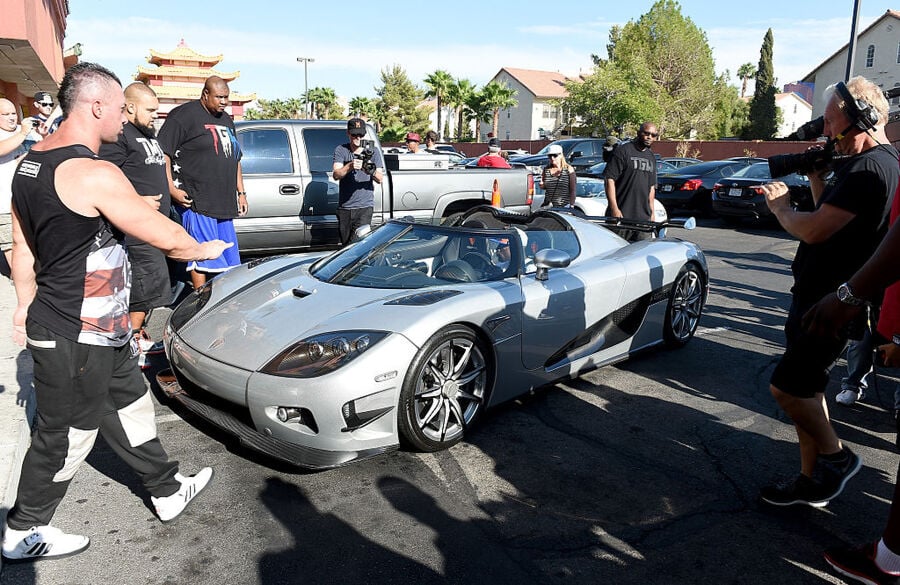 Floyd already owns eight supercars, which include three Ferraris, three Bugattis, a Lamborghini, and a Porsche. In addition to his car collection, don't forget his $47 million Gulfstream V private jet! Mayweather's collection is so out of control that he even has a guy that he pays to help him take care of it. In addition to his supercars, Floyd also keeps fleets of cars that are color coded at his mansions. He has a white fleet in Las Vegas, a black fleet in Los Angeles, and a silver fleet in Miami.

Mayweather recently bought and sold a $3 million plus Ferrari Enzo like it was $14 thousand Ford Fiesta. It is hard to say what's next for the highest paid professional athlete in the world, but it will be tough to top this purchase! If there is anyone who can do that, Mayweather is our man. If he ever does retire from boxing, he may be in trouble if he wants to keep buying expensive cars at this rate.