Rapper Flo Rida added another car to his growing collection recently, a new Ferrari California with a pretty unusual two-tone red and black paint job. It's not known exactly how much he paid for it, but the estimated value is around $200,000 – so it's a safe bet he paid AT LEAST that much for it, not counting any souped-up modifications it's got under the hood or on the inside.

Questionable paint job aside (some are calling it "hideous" and unworthy of the car), the Ferrari California is a pretty impressive vehicle. Launched in 2008, the California was rumored to be originally a concept car for a new model Maserati that was rebranded as a Ferrari by the Fiat company after unexpected expenses necessitated a higher price point for the car. This has been denied by Fiat, however. 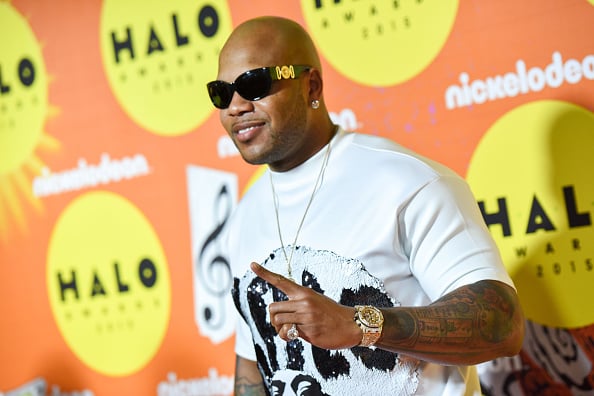 Whether or not the rumors about the California are true, the car represented a series of "firsts" for the brand. These notable features never before seen on a Ferrari vehicle include: A V8 front engine, seven-speed dual-clutch transmission, a folding metal roof, multi-link rear suspension, and direct petrol injection. And the most recent 2012 model includes lots of additional features that place an emphasis on speed and performance while keeping the car in its four-seat coupe convertible family.

For Flo Rida, this is just another addition to a car collection that includes a Bugatti and a Ferrari 458 Italia, so this is just another rodeo for him. Hopefully he's gotten better at actually driving these cars, however – in the summer of 2011, Flo Rida was arrested in Miami Beach for driving under the influence and with a suspended license. His career is going strong, though – his most recent project was an EP that's exclusive to audiences in Australia entitled Good Feeling and was released in Australia in April of 2012 to promote his Australian tour.