By B. George Young on December 1, 2015 in Articles › Celebrity Cars

Over the years, Lamborghini has become one of the best-known brands in luxury cars, but the company started off slowly before they started making some of the fastest cars available. Lamborghini now offers some lightning fast mid-engine sports cars, like the Aventador and Huracán, but their early models were mostly front-engine grand tourers.

The first-ever production Lamborghini was simply called the "350 GT." There were only 120 of these cars produced by company founder Ferruccio Lamborghini's production lines, from 1964 to 1966. These cars originally sold for $15,600, which was quite a bit back in the mid-1960s. Adjusted for inflation, the 350 GT would cost just over $120 thousand if it were brand new today.

One such example of the Lamborghini 350 GT is being listed for much more than that. The car is #62 out of 120, and is up for auction on eBay for almost $1 million. This particular car was completed in late 1965 and first ordered by a customer who lived in Madrid, Spain. The Lambo remained in Spain for more than 30 years, and it was then stored in a Japanese collection in the mid-1990s, and was never driven. Fast forward to 2015 and this 350 GT was found in California with just over 60,000 miles on the odometer. This rare collectible car is being offered for $925 thousand, which is not too out of line, considering another one of the same model recently went for $935 thousand in Monterey, California. 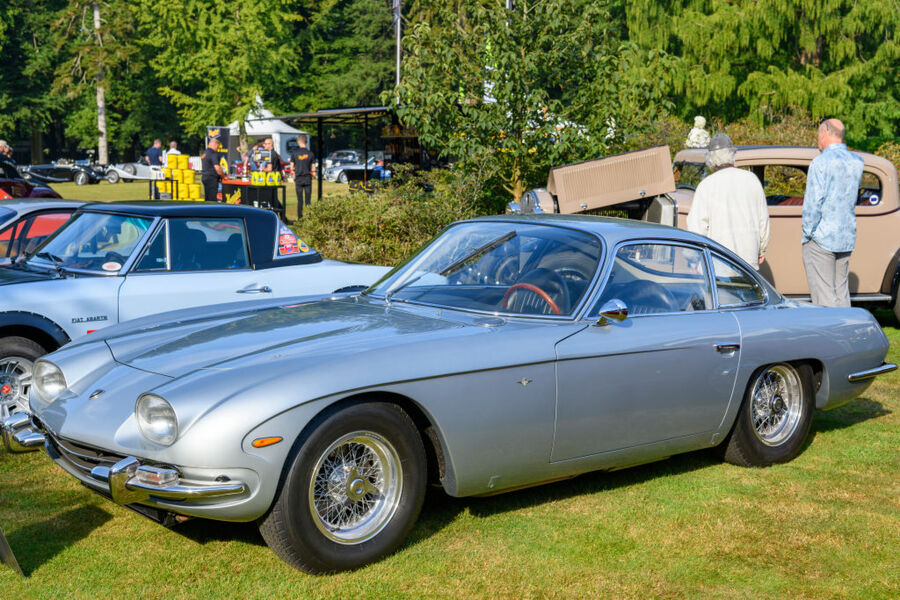 Lamborghini designer Franco Scaglione came up with the company's first concept car, the 350 GTV, in 1963. That car debuted at the Turin Auto Show and received mixed reviews. The carmaker went back to the drawing board and came up with the first 350 GT coupe, which showed up at the Geneva Salon in 1964. The bodywork, including alloy panels across a light weight metal frame, was handled by Touring of Milan. The 350 GT features a 3.5 liter V-12 engine that was designed by Italian engineer Giotto Bizzarrini. The car produces 280 horsepower and also has a five-speed ZF manual gearbox. The Lamborghini 350 GT's top speed came in at about 150 miles per hour.

Production of the 350 GT was ended in 1956 when the car evolved into the new 400 GT 2+2, which had an upgraded 4.0 liter V-12 engine capable of 320 hp. From there, things just continued to get better for Lamborghini, which has never looked back. This is a rare opportunity to own a true piece of luxury automobile history.