Ferrari Is Going Public! – Everything You Need To Know About This Exciting Announcement

By Brian Warner on October 29, 2014 in Articles › Celebrity Cars

Do you love Ferraris? Do you dream of owning one (or several) Ferraris someday, but worry that you'll never be able to afford the base sticker price? Well, I have some good news! Pretty soon, all of us out there who can't afford an actual Ferrari will be able to do the next best thing: Own a small piece of Ferrari, the company. How is that possible? Earlier this morning FIAT-Chrysler rocked the automobile industry by announcing their intentions to spinoff Ferrari as its own publicly traded company with an IPO that is expected very soon. I realize that owning Ferrari stock isn't exactly as exciting as owning one of their gorgeous cars, but if you get in at a good price, maybe someday your shares will be valuable enough to trade in for the latest model! Or models, plural 🙂 Here's everything you need to know about Ferrari going public…

A Brief History Of Ferrari

Enzo Ferrari founded his eponymous company in 1929 as Scuderia Ferrari (scuderia means "stable" – as in horse stable, not like stability). For the company's first 9 years, Ferrari did not make any cars at all, they just sponsored drivers who drove mainly Alfa Romeos. In 1938, Enzo was hired by Alfa Romeo to run their racing division. In 1941, the entire company of Alfa Romeo was confiscated by Benito Mussolini's fascist government. In 1943, Enzo moved his little operation to the city of Maranello in order to get away from the war and start fresh. Unfortunately, his factory was destroyed by Allied bombers in 1944. It was rebuilt from scratch in 1946 after the war was over. 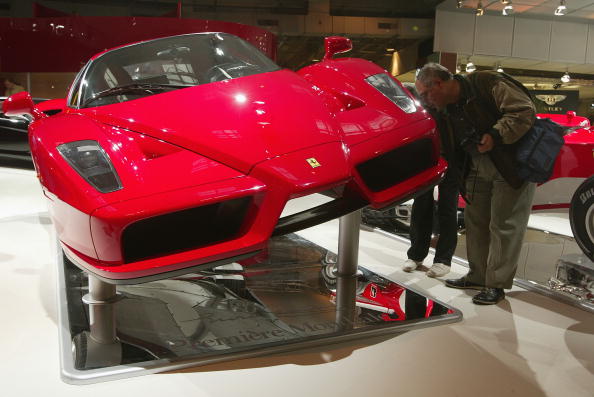 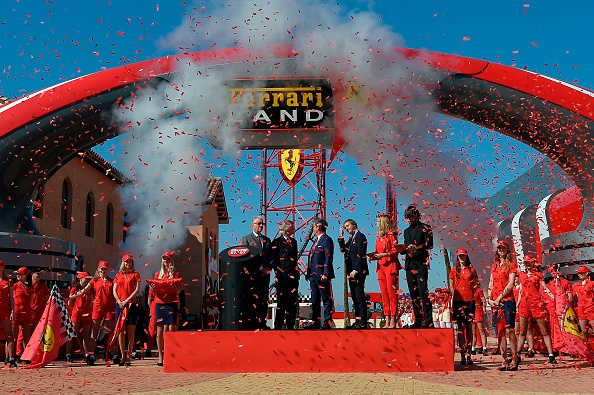 Up until this point, Ferrari had only ever made racing cars. In 1947, Enzo reluctantly founded Ferrari S.p.A. to manufacture road cars for the everyday driver (S.p.A. is like the Italian version of "Inc."). I say reluctantly, because Enzo really didn't want to make road cars, but it was the best way to raise money for his beloved racing division. Ferrari S.p.A. is essentially everything most of us know and love today. The very first road car Ferrari built was the 1947 125 S. Two models were manufactured, but they were both eventually dismantled and used to build later models. But from that point on, Ferrari was off to the races! Over the next twenty years, Ferrari produced some absolutely gorgeous road cars as well as dozens of extremely successful race cars.

The oldest known Ferrari in existence today is the 1947 166 Spyder Corsa. It's owned by Jim Glickenhaus of Pebble Beach, California. Glickenhaus, who made his fortune as an investment manager and movie producer, is an avid Ferrari collector. After buying the car for $750,000, he personally spent $500,000 restoring the 166 Spyder Corsa, and now believes it is worth over $5 million. FYI, at some point in the 1950s, the car was sold off for $300.

Unfortunately, by the late 1960s Ferrari's racing division had become a drag on the entire company. Furthermore, new global safety and emission standards in the road cars were about to drastically increase production costs at S.p.A. – almost to the point of no return. In 1969, Ferrari was so desperate for money that it very seriously considered selling a 50% stake to the Ford Motor Company for $18 million. That's the equivalent of $116 million today. The only problem was that Ford was unwilling to let Enzo maintain control of the racing division. It also would have been seen as a national tragedy to have an American company like Ford own an Italian treasure like Ferrari. That would be like a foreign company coming in and buying Budweiser or Miller Lite or Burger King… Oh, wait. (All those companies are owned by foreign corporations).

So in 1969, FIAT purchased a 50% ownership stake in Ferrari. The acquisition gave Ferrari enough money to update their factory facilities and stay afloat as a company. It also allowed for Enzo to remain 100% in control of the racing division, Scuderia Ferrari.

Enzo Ferrari died on August 14, 1988 at the age of 90. The same year of his death, Enzo oversaw the creation and launch of the Ferrari F40, one of the most ambitious and beloved supercars of all time. Also in 1988, FIAT increased its ownership stake to 90%. The remaining 10% passed to Enzo's illegitimate son Piero Ferrari. Piero's mother was Enzo's mistress, and since divorce was illegal in Italy until 1975, he had to wait until his mother died in 1978 in order to be legally recognized as Enzo's son. Piero still owns that 10% stake to this day and is currently a Vice Chairman of Ferrari S.p.A..

Going Public – Everything You Need To Know

Up until a few months ago, Ferrari had always stuck to a strict production limit of 7,000 cars, every year. This limit was in place to ensure that demand always far outweighed supply, even in a bad economy. At the behest of FIAT, last month it was announced that this year Ferrari will raise their production limit by 5%. That's an extra 350 cars per year. As a public company, FIAT has intimated that they may ultimately raise the production number to 10,000.

In 2013, Ferrari generated approximately $3.2 billion in revenue and profits of around $460 million.

As we mentioned earlier, Ferrari is 90% by FIAT and 10% owned by Piero Ferrari. When the company goes public, FIAT is planning on offering 10% of its Ferrari shares to the general public. FIAT will distribute its other 80% stake to current FIAT-Chrysler shareholders. No word yet on if Piero plans on selling any of his stake. The IPO will take place at some point in 2015 and the shares are likely to be listed on an American exchange like the NYSE. FIAT-Chrysler shares are up 14% on the news today.

This isn't the first time a Ferrari IPO has been explored. Back in 2011, in the wake of the economic collapse and bailout of General Motors, FIAT briefly toyed with the idea of spinning Ferrari off. At the time, Ferrari on its own was expected to fetch a $7 billion market cap. Assuming that number is still the right ballpark, Piero's stake will be worth $700 million. When you combine that with the fortune he already has from 25 years worth of Ferrari dividends, Piero will be tapping on a billion dollar net worth.

So will you be lining up to buy a piece of Ferrari at the IPO? I definitely will be! This is sort of a dream come true for me. I have been obsessed with Ferraris since I was a little kid. On a family trip to Europe in 8th grade, I refused to get on the plane unless we scheduled a day trip to Maranello. And Maranello isn't exactly easy to get to. If you dont have a car, you need to take two different trains and a long public bus ride. The day we went, it was raining cats and dogs. But if you ever get to make a trip to Maranello, I highly recommend eating lunch at the restaurant directly across the street from the factory. It is still to this day the best pasta I've ever had in my life.