Looking for a last minute father's day gift that will really get your dad's engines roaring? Got six million dollars laying around the house gathering dust? Well then do we have a gift idea for you! Or maybe you're just looking to jump start your own personal exotic car collection by purchasing three of the most admired and exclusive cars that Ferrari has ever produced. Earlier this week, a Ferrari dealership in New England announced that for the low low price of $6 million, you can instantly become the proud owner of a Ferrari F40, F50 and Enzo. For those of you who are unaware, those three cars are generally considered to be the most admired and unobtainable of all the modern Ferraris. Only the 1964 Ferrari 250 GTO might be more coveted by car collectors around the world.

The Ferraris you'll be getting are in terrific shape. The F40 was built to celebrate the 40th anniversary of the Italian car maker. Ferrari produced a total of 1315 F40s between 1987 and 1992. Incredibly, the 1990 F40 offered in this package has just 201 miles on the odometer! That is a shockingly low number of miles for a car that is 23 years old. 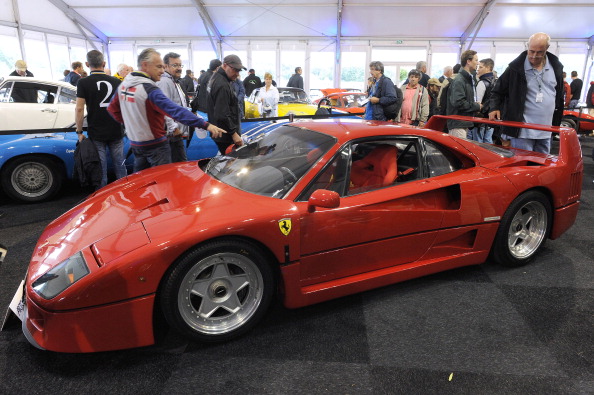 The F50 is in equally good shape. The F50 in this package was manufactured in 1995 and has just 230 miles on the odometer. Only 349 F50s were produced from 1995 to 1997, and only 55 were shipped to the United States. If that wasn't exclusive-enough, in order to qualify as one of the original buyers of an F50, the company required that you already own a minimum of 10 other Ferraris.

The Ferrari Enzo in this package was built in 2003 and comes with just 274 miles on the odometer. 400 Ferrari Enzos were manufactured between 2002 and 2004 and it is believed that fewer than 370 are still in operational existence today. This specific Enzo is one of only seven that were given the Rosso Scuderia paint color. So what are you waiting for? Go grab your checkbook because this deal definitely won't last long!