Extremely Rare Lamborghini Miura That Was Found In Barn Sells For $1.2 Million

By B. George Young on November 2, 2015 in Articles › Celebrity Cars

Every now and again, a story comes out about a collection of super expensive cars being discovered hidden away in an old barn somewhere. This time only one car was found, but that one car is worth $1.2 million alone.

John Temerian has a history with Lamborghinis. He runs Lou La Vie in Miami, Florida, which is his part-art gallery and part-exotic car for hire business. John's father is considered to be one of the world's foremost authorities on the Lamborghini Miura and at one point was said to own more than 10 of them. Temerian was even one of the first Americans to ever buy a Miura when they first came out.

Since John is in the exotic car business, he is always said to be looking for "weird and interesting cars" and stumbled across an advertisement for a Lamborghini Aventador. Things were not adding up because the pictures didn't seem to match. When he called the number listed on the ad, the seller told him the car was a "one-off 1967 Lamborghini SS" which simply does not exist. Suddenly Temerian realized that this car was quite possibly a rare Miura. He paid the seller a deposit for the car and then proceeded to travel from Florida to New Jersey to check it out for himself.

When he got to the barn in New Jersey he found out his hunch was correct. Under an inch of dust he found the second production Lamborghini Miura S ever made. This car is extremely limited and only 17 of them were ever produced. The Miura's owner had the car since 1971 and it still has its original tires. The car also has the original paint job although it has cracked like a spider web. Temerian drove the car back to Florida and now has it in his art gallery. 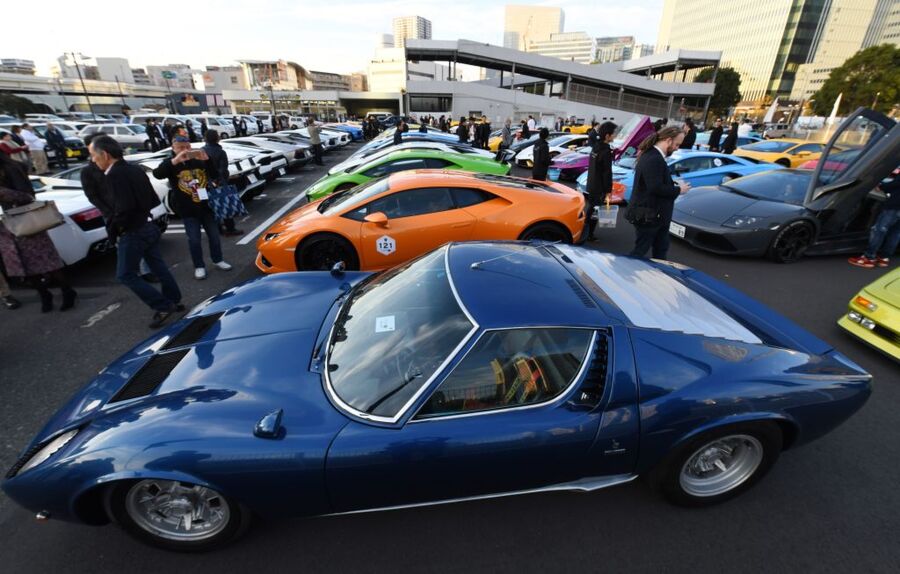 It seemed like the car had been preserved in time and nothing had been touched for over 30 years. "The kicker was when I opened the door. There was still a Rolling Stones cassette in the car. It was like the owner drove it in, shut off the Rolling Stones, and shut the barn" said Temerian.

The Miura was produced from 1966 to 1973 and was the fastest road production car available at that time.  Although only 17 Miura S's were made, there were 764 total Lamborghini Miuras made. They featured a 3,929 cc V12 engine with a five-speed manual transmission. In 2006 a Miura concept car was shown at the North American International Auto Show although the carmaker's president and CEO denied that the line would return to production.