Miami federal court recently convicted Spanish drug kingpin Álvaro López Tardón of laundering more than $20 million in cocaine profits in Spain, through Miami's luxury condominium and car markets.  He was found guilty of a conspiracy charge that carries up to 20 years in jail, and guilty of 13 separate money laundering charges that add up to 10 years each, for a total of 150 years.

Once the jurors found López Tardón guilty, they gave the United States government permission to seize all of his Miami assets. Before his arrest back in 2011, 39-year-old López Tardón went on a spending spree. He purchased 13 high-priced condominiums, including a penthouse at the Countiuum in South Beach, priced at over $1 million. He also bought 17 luxury cars, including a 2008 Black Bugatti Veyron for $1.2 million and a 2003 black Ferrari Enzo for $1 million, before taxes.

The cars went up for online auction by the U.S. Marshals Service following the trial, and were promptly bought for a combined total of close to $3 million. The proceeds will go to fund future concealed and hidden asset investigations.

López Tardón was accused of being the boss of a Spanish cocaine ring dubbed "Los Miami." In Spain, his brother, Artemio López Tardón, was arrested and charged for his involvement, along with 16 other Spanish defendants. 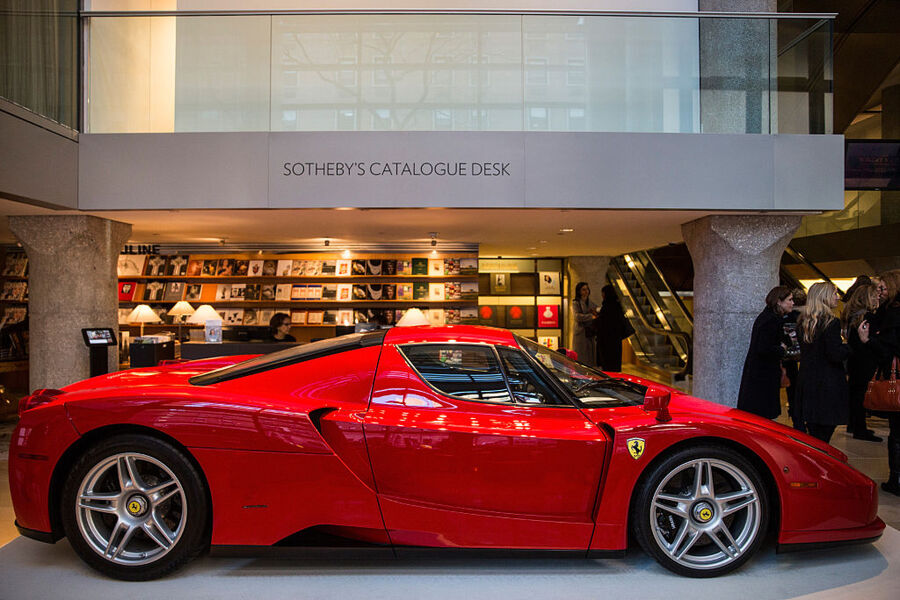 López Tardón used a shell company – or straw buyer – for his real estate purchases. His defense attorney argued that the millions he spent in Miami came from a family-owned exotic car dealership and an epicurean shop in Madrid. The shop allegedly generated more than $20 million in revenue, according to Spanish government records.

He has been deemed a flight risk and has been detained at the Miami Federal Detention Center since 2011. His empire began to crumble in 2011, when his Santeria priest got caught smuggling some of his cash through Miami International Airport. Other partners would later come forward with evidence confirming López Tardón was involved in drug trafficking, including a former girlfriend and his wife, from whom he has separated.

Toppling an international crime organization was a coordinated effort. The Spanish National Police shared information with the FBI through the Madrid Legal Attache. Bureau investigators worked side-by-side with international partners, other federal agencies, and local authorities.