Even Multi-Millions Aren't Enough For This Exclusive Ford Supercar

Back in the 1960s, Henry Ford and legendary driver and designer Carroll Shelby made history when they created the Ford GT40, an American race car able to go toe-to-toe against a field dominated by European manufacturers like Porche and Ferrari. The production model was discontinued after 1969 but briefly brought back to life as the Ford GT back in 2005-6 (now worth $400,000) before disappearing for another ten years.

Last year, a second-generation Ford GT was unveiled to honor the 50th anniversary of the Ford GT's historic 1966 victory at LeMans, a race that became one of the most well-known tales in the world of motor sports. They were so serious about the performance of the car that they promptly took it back to LeMans and won the podium. This American super car is as unique and iconic as they come. Talk to anyone who's had the pleasure of driving one, and they'll all tell you the same thing: this car drives really, really well.

The car's historic significance is likely why Ford has decided to take a unique approach to its distribution. Having half a million dollars to spare isn't enough to earn the right to drive this speed demon. The initial production will be limited to only 1,000 cars sold over four years. Buyers must also apply for the opportunity to purchase the $450,000 super car. 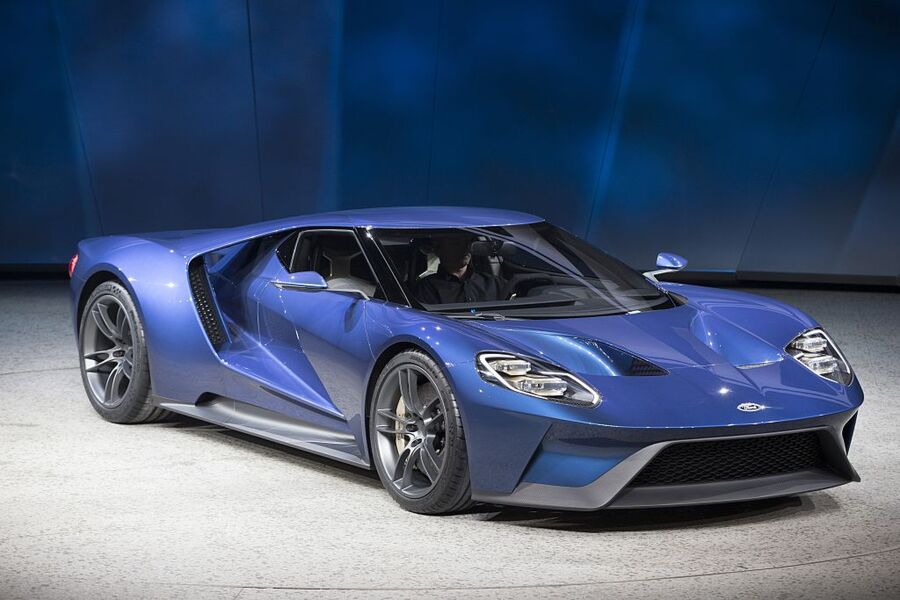 Ford explains that they want to make sure that these amazing cars don't sit in a multimillionaire's garages collecting dust. They want them to be out in public and showcased by well-known individuals who respect and honor the car's heritage. So far, 7000 people have applied for the chance to buy one. This will allow Ford to boost their message by giving these celebrities a chance to share their experiences and giving the public a guarantee that these cars will be driven to their maximum potential.

As many others have said, this is not a luxury car in any sense of the word – this is a 200+ mph racing machine, tamed just enough to be street legal.  The seats may be non-adjustable and the car comes with five distinct drive modes, including Normal, Sport, Wet, Track, and V-Max (for straight line performance). The most notable of these is undoubtedly Track mode, which is designed for track-use only: the entire car lowers down to just 2.7 inches off of the ground.

It's clear that they're not too worried about alienating some of their loyal fans. A handful of automotive journalists and devoted fans have come forward with acceptance letters, but thousands have been left out, despite owning Ford GTs in the past.

Many celebrity applicants have also come forward with their newest acquisition. Music sensation Deadmau5 is at the top of the list, as is the baseball star and car enthusiast C.J. Wilson. Scottish singer Amy MacDonald, another noted car enthusiast, also received one. Despite doing an entire segment about the car on his television show, Jay Leno has not received whether he applied, though he would undoubtedly receive one if he did. Fox News anchor Mike Joy and serial entrepreneur Andy Frisella have also been included on the list.