By Joseph Gibson on June 7, 2012 in Articles › Celebrity Cars

Soccer star Emmanuel Adebayor is one of the most successful soccer players in the sport, with a net worth of $25 million. And when you've got money like that, everyone knows you can afford a cool car – or in Adebayor's case, two! The footballer from Togo recently posed for photos to show off two of his rides: An Aston Martin DBS and a Fisker Karma. Either one of the rides would be impressive enough as Eddmanuel Adebayor's car, but for him to have both is truly outstanding. 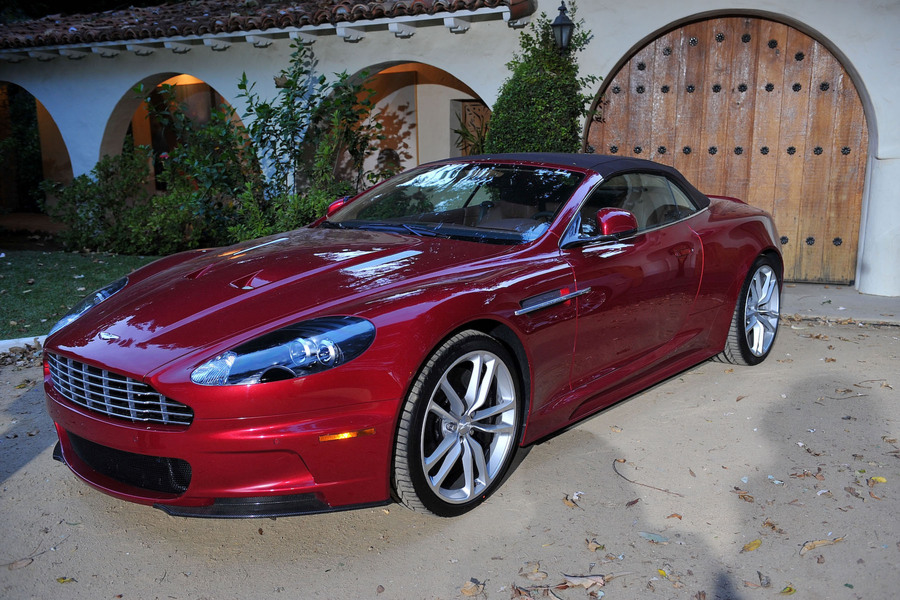 First, the Aston Martin – the DBS is the car made famous by its use by superspy James Bond in the early Bond film On Her Majesty's Secret Service. In fact, that Aston Martin brand in general is often associated with Bond in the minds of car and film enthusiasts. The new model DBS is known as the V12 and has been seen in the new Bond movies Casino Royale and Quantum of Solace, in addition to its appearance in the animated series Transformers: Prime. It has a base price of around $265,000.

Presumably next to the Aston Martin in Adebayor's garage is his Fisker Karma. Unlike the Aston Martin, the Fisker Karma doesn't have decades of tradition behind it – in fact it was only introduced last year in 2011. But that hasn't kept it from being an acclaimed luxury sports car in its own right – which is especially impressive when you consider its status as an environmentally friendly electric car – not something that most auto enthusiasts are particularly enthusiastic about. But the Karma is the car of choice for many wealthy automotive fans, including one Justin Bieber, who infamously decided to cover his Fisker Karma in chrome and outfit it with purple LED lights. Luckily, Adebayor is a lot more tasteful than that. A Fisker Karma goes for around $115,000.