Elizabeth Berkley's Car: Dancing with the Stars and Driving a Range Rover Sport

By Paula Wilson on October 7, 2013 in Articles › Celebrity Cars

If you think about it, Elizabeth Berkley of "Saved by the Bell" fame, is the original Miley Cyrus.  In an effort to distance herself from her squeaky-clean Saturday morning sitcom image, she dove head first into a role that would all but obliterate anything related to squeaky, clean, or Saturday mornings.  She signed on to play stripper Nomi Malone in Paul Verhoeven's highly controversial film, "Showgirls".  The former ballet dancer turned actress used all of her dance skills for the role.  She also got naked repeatedly, had simulated sex with just about every character, and beat the crap out of some other characters for good measure.  It was a performance that was as far from her "Saved by the Bell" character, Jesse Spano, as she could get.  Like Miley's performance at the VMA, it was a career gamble that did not pay off quite so well.  Though she has continued to work fairly steadily, her film career never got off the ground in the way she might have hoped.  Critics and audiences seemed hard-pressed to reconcile her former image with her new, way more mature variation, and her audience shrank.  This year, she re-emerged after a two year hiatus, appearing on the 17th season of "Dancing with the Stars".  When she's not rehearsing, she can be seen driving around town in her Range Rover Sport. 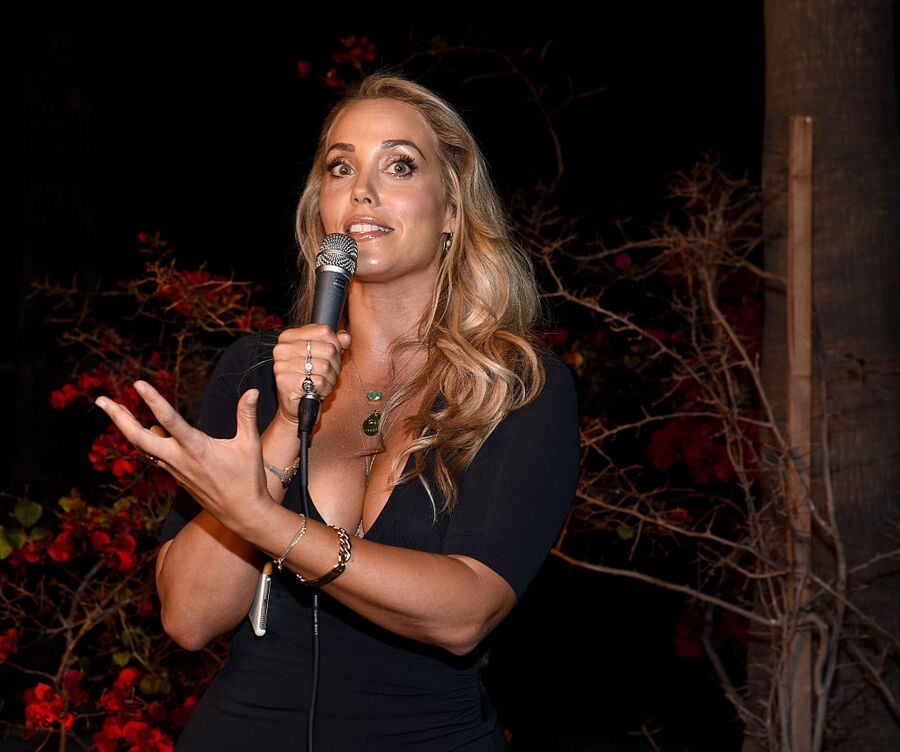 The Range Rover Sport went into production in 2005, and is a mid-size SUV.  The second generation was launched in 2013, and runs on either a 3.0 liter V6 engine that produces 340 hp, or a 5.0 liter V8 engine that produces 510 hp.  The current Range Rover Sport is longer and lighter than the 2005-2012 version, by 4 inches and a whopping 800 pounds, respectively.  The car also comes with Range Rover's Dynamic Response system, which allows for superb handling.  The vehicle sports speed sensitive steering, Active Cruise Control with a front bumper radar, so that the car can automatically adjust its speed to accommodate fluctuations in traffic speeds, and sleek exterior styling.  The Range Rover Sport currently sells for approximately $70,000.  While it's not exactly the vehicle Jesse Spano might choose, it most likely wouldn't be at the top of Nomi Malone's list either.  That probably works just fine for Ms. Berkley.