By Paula Wilson on July 5, 2013 in Articles › Celebrity Cars

Dwight Howard has been turning heads with his work on the basketball court since high school.  He decided, at age nine, that he was going to be the number one draft pick in the NBA someday, and set about making sure that happened.  His senior year of high school, he was named the Best American High School Basketball Player by multiple publications, and he won a number of athletic honors, including the Gatorade National Player of the Year Award and the McDonald's National High School Player of the Year Award.  He decided to skip college and head directly for the NBA, where he got his wish.  He was selected first overall in the 2004 NBA Draft by the Orlando Magic.  The team had been struggling, and they desperately needed someone to get them back on their feet.  Howard quickly made a name for himself, and set multiple records, including becoming the youngest player in NBA history to average a double double during the regular season, the youngest player to average 10 rebounds in a single season, and the first NBA player to ever start all regular season games his rookie year.  He was an NBA All-Rookie First Team selection.  He played for the Orlando Magic until 2012, and then spent the 2012-2013 season with the Los Angeles Lakers.  He's a seven time NBA All-Star, an Olympic Gold medalist (2008 Olympics), and a three-time Defensive Player of the Year winner, among other honors.  He has recently been plagued with injuries, and is currently a free agent.  While he waits for the bidding war to settle, he has been seen around town in his very nice Ferrari FF.

The Ferrari FF premiered at the Geneva Motor Show in 2011.  The style of vehicle is known as a "shooting-brake".  It is combination of a station wagon and an estate car.  It has two doors and a hatchback, and a sleek styling that is all sports car from the front, but semi-station wagon from the side.  It runs on a 6.3 L V12 engine that produces 651 hp.  The transmission is a 7-speed dual clutch semi-automatic system.  The four-wheel drive system in the FF is a completely new design by Ferrari, and is 50% lighter than other four-wheel drive systems.  The car goes 0-62 mph in 3.7 seconds and currently sells for $300,000.  Only 800 have been produced so far.  Dwight Howard's FF has a white exterior and a completely red interior.  While the Ferrari FF is beautiful, it holds the unfortunate distinction of being the least fuel efficient car in the midsize class as reported by the US Department of Energy in 2013. 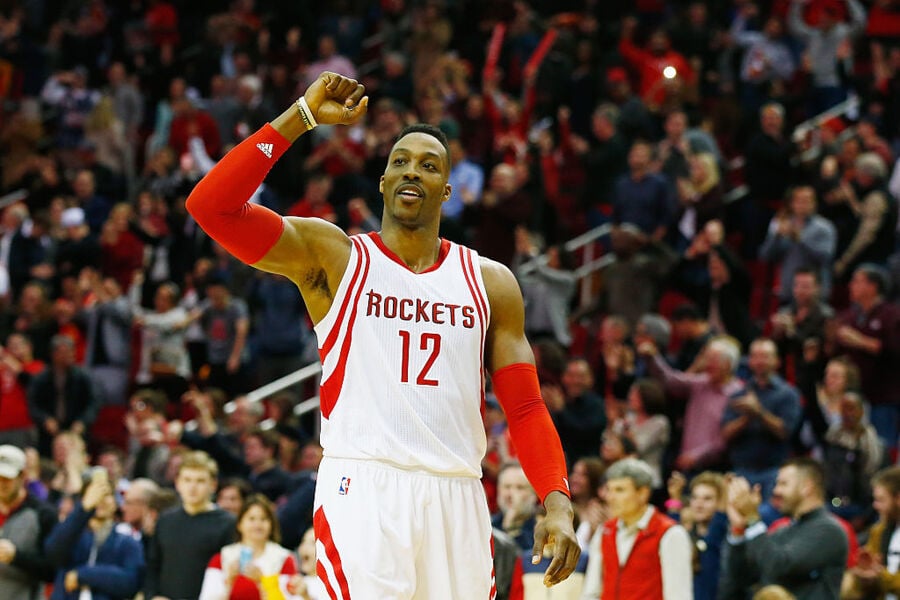 Scott Halleran/Getty Images
Did we make a mistake?
Submit a correction suggestion and help us fix it!
Submit a Correction