The city of Dubai is probably most famous for completely lavish purchases and lifestyles. One of the best examples of this lavishness is the fleet of cars that is driven by the Dubai police forice And now they have taken things to the next level, all in the name of being environmentally conscious.

Dubai police recently added a Porsche 918 Spyder hybrid supercar to their fleet of official vehicles. Thiscar set them back around $847 thousand!  The Spyder will be used to patrol popular tourist spots and will likely never have a chance to reach its top speed of 210 miles per hour.

Dubai's Police Chief, Major General Khamis Mattar Al Mazeina, said that the car is going to be electronically linked with the force's command and control center. He also said the hybrid shows the department's commitment to a sustainable environment.  The police department's Spyder contains high tech on-board speed cameras to catch speeders in the act. 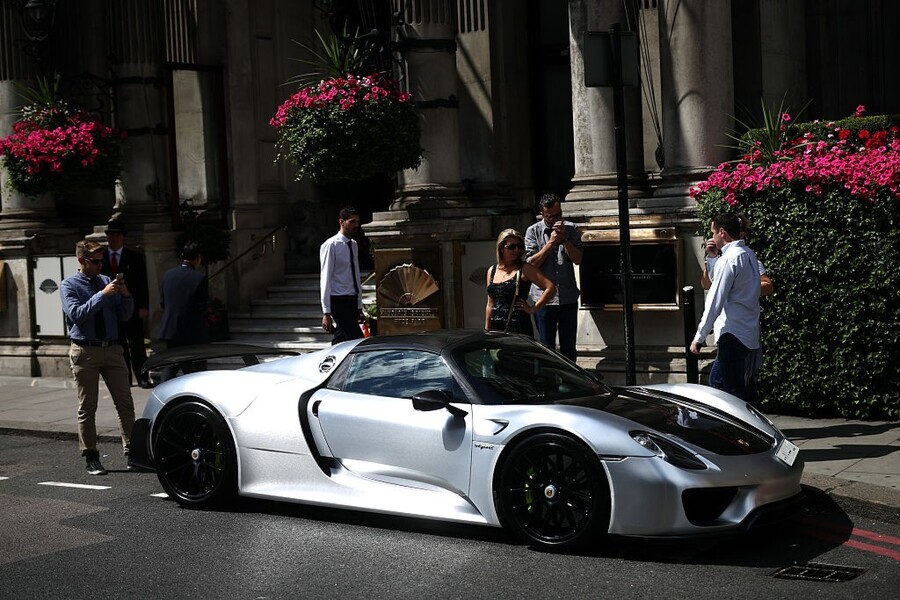 The vehicle was added thanks to a government-outlined police specification that basically declared top of the line cars as being necessary to combat crime, because of the many highways in the area. The United Arab Emirates has a high fatality rate with one person being killed in a traffic accident every 26 hours. The country has ruled that anyone exceeding 125 mph will face legal action. It seems that some drivers who have been pulled over by one of Dubai's supercars have even gone so far as to ask police to detain them and bring them down to the station, just so they can get a ride in the back of the car.

Dubai's police department already owns a $4 million Bugatti Veyron that has 1,184 horsepower and a $1.83 million Aston Martin One-77 with a 7.3 liter V12 engine and 750 hp. They also have a Ferrari FF, which is a three-door grand tourer with a 6.3 liter V12 engine and a seven-speed dual clutch transmission. If that weren't enough, the Dubai police also use a Hyundai Genesis, a Ford Mustang, a Chevrolet Camaro SS, a Bentley Continental GT, a BMW M6, a Lamborghini Aventador, three Porsche Panamera S E-Hybrids, and a Mercedes Benz SLS AMG to get the job done. 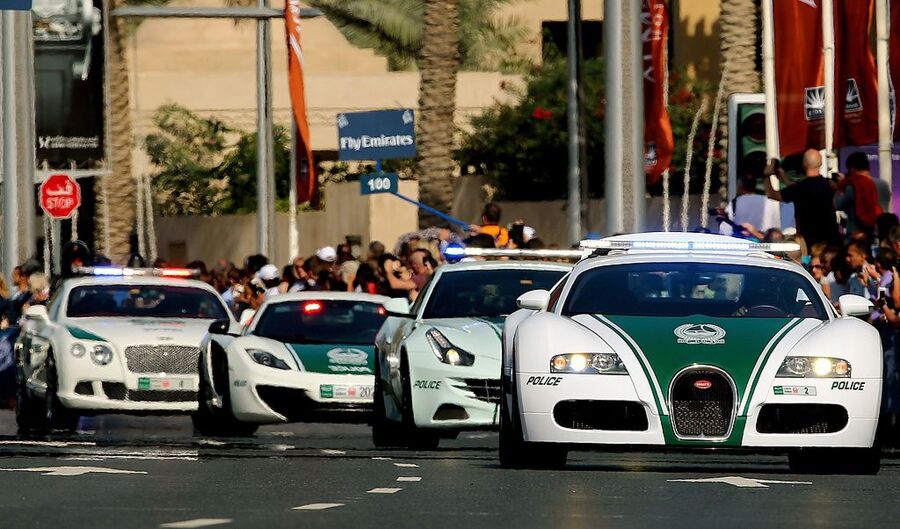 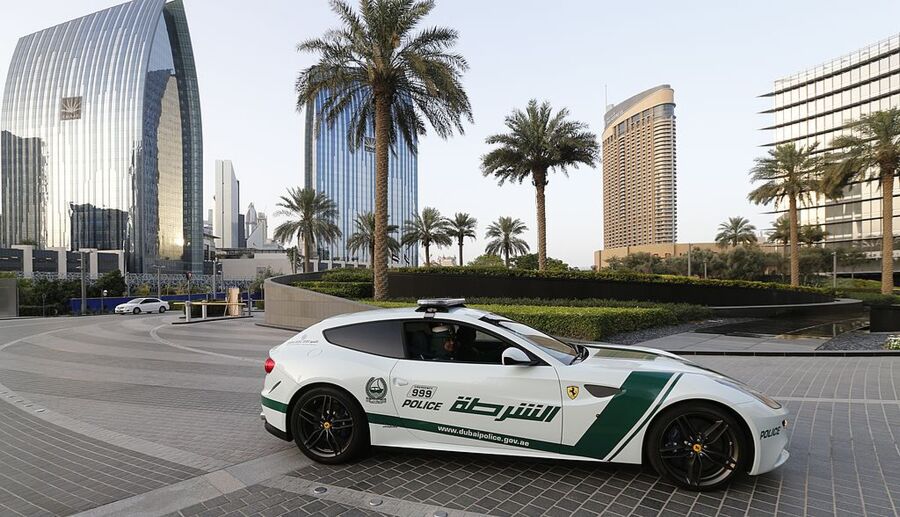 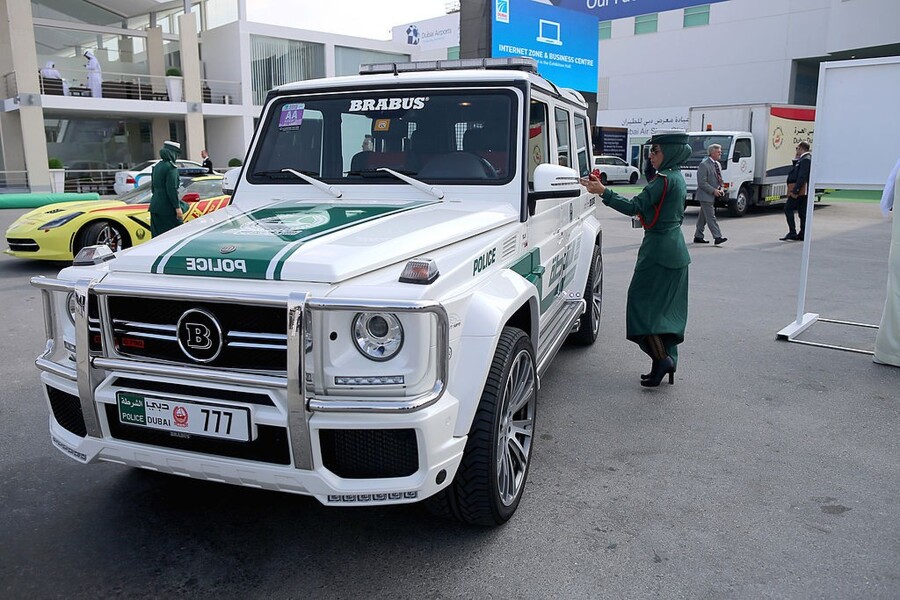 The Porsche 918 Spyder is a limited edition sports car with only 918 examples being made, as the name implies. The car is now sold out and features a 4.6 liter V8 engine with two electronic motors on the front and rear axles that add up to a total output of 887 horsepower. The Spyder can go from 0 to 60 mph in 2.2 seconds, which makes it the fastest car ever tested by Car and Driver! Drivers in Dubai should be more careful than ever to not get involved in a high speed chase.