By Paula Wilson on September 4, 2012 in Articles › Celebrity Cars

Drake seemed to go from relatively unknown Canadian actor, to superstar rap artist in record time.  After making a name for himself as part of the cast of "Degrassi: The Next Generation", he shifted his focus to music, and has managed to sell over 5 million albums since the release of his first EP in the winter of 2010.  On top of that, he has had 12 #1 singles on the rap charts, more than any other artist, and as of August of 2012, he has had more #1 rap songs on the Billboard's R&B/Hip Hop Charts than any other rap artist, with 10.  His 2012 Club Paradise Tour made $42 million dollars, more than any other rap tour this year.  It would seem like Drake has it going on.  Except that he has been much maligned by other rap artists who find his sound too soft, his rise too quick, and the fact that he is from Toronto, close to sacrilegious.  He has been in a ridiculous number of "feuds" for a rap artist who is only two years into the business.  He has taken to the lifestyle of the superstar rap artist quite well in many ways, even if others don't feel that he has the requisite "street cred".  He was recently spotted driving a Bentley Continental GT around Hollywood. 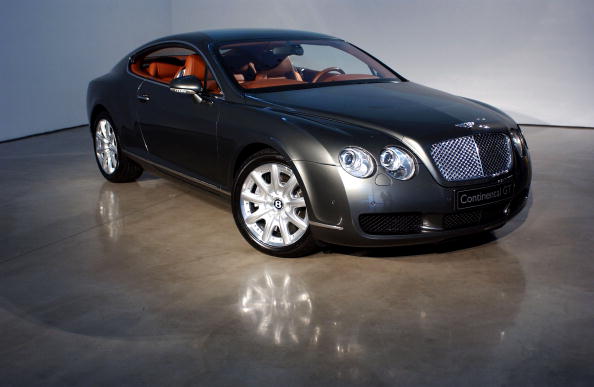 The first Bentley Continental went on sale in 1952.  The current Bentley Continentals are second-generation Supersports cars.  They come with W12 engines, but there is the option to choose a twin-turbo 4-litre V8 engine, which can be shifted to V4 mode to improve the overall fuel economy.  The convertible Bentley was introduced in 2010, and also includes "Quickshift" transmission, which reduces shifting time by 50%.  The car also sports technologically advanced lightweight 20-inch alloy wheels.  Current pricing starts at $280,400, so purchasing a car that broke the land-ice speed record in February 2011, was probably no sweat for a rap artist who pulls down $40 million plus while on tour.