Dr. Phil is known for his "tough love"/"down home" version of therapy.  He rose to fame appearing on "The Oprah Winfrey Show" in the 90s, and then gained enough of a following to launch his own program, aptly titled, "Dr. Phil" in 2002.  The show gives self-help advice, and attempts to intervene in family and social issues for a wide range of people.  The program was quite successful when it began airing, but repeated lawsuits against the show, and its spin-off programs and specials, have tarnished Dr. Phil's psychology reputation quite a bit.  His ratings have especially plummeted since 2008, when he made an unauthorized, taped visit to Britney Spears' hospital room, posted bail for a teenage girl who was being held for savagely beating another girl, in order to interview her on his show, and found himself the subject of a defamation lawsuit by the man who taped the robbery related to O.J. Simpson's conviction.  His fortune has diminished reduced by 1/3 since 2008, and his steadily dropping viewership has landed him near the bottom in syndicated programming numbers.  When he is not dishing out advice, or attempting to launch another spin-off program, he collects cars.   One of his most prized is a 1957 Chevrolet Convertible worth $100,000. 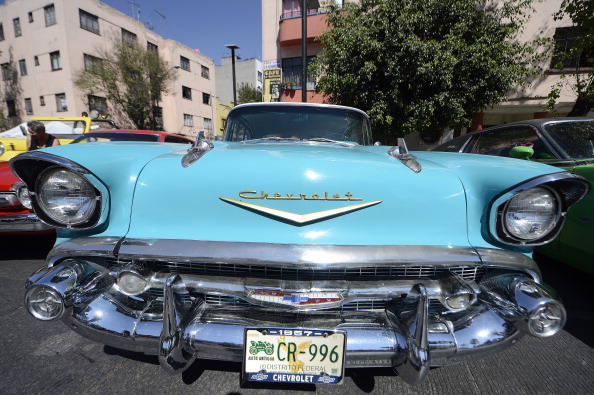 His '57 Chevy is in near perfect condition, however, apparently, the transmission began to give him problems over the weekend.  After finding himself unable to fix the problems on his own, he did what any car lover would do.  He took his car to a reputable shop in Burbank, California on Monday.  Unfortunately, he took his car to the shop on the same day that a group of thieves decided to smash through the rolling door of this particular shop, and steal cars, including his beloved '57 Chevy.  Maybe this is karma biting Dr. Phil back for giving bad advice.  Whatever it is, Dr. Phil can't seem to catch a break anywhere.