Denise Richards' Car: Post-Charlie Sheen, You Deserve All the Luxury You Can Get

By Paula Wilson on February 15, 2013 in Articles › Celebrity Cars

Denise Richards appeared in guest starring roles on multiple television series throughout the early 90s, such as "Saved by the Bell", "Doogie Howser, MD", "Beverly Hills, 90210", "Seinfeld", and "Melrose Place".  However, it was back-to-back roles in two films that were surprise hits, that cemented her status as a household name.  She shot to international recognition with her role in "Starship Troopers" in 1997, and followed that performance up with a racy, and completely different performance, in "Wild Things".  Her work in the two films led to a string of high-profile projects, including "The World is Not Enough", "Undercover Brother", "Scary Movie", "Love Actually", and most recently, "Madea's Witness Protection".  She has also had guest starring or starring roles on such television series as "Friends", "Spin City", "Blue Mountain State", "30 Rock", "Anger Management", and "90210".  While she has worked steadily for over two decades, her personal life has made more headlines.  Her very contentious divorce from Charlie Sheen, with whom she shares two children, made news almost monthly from 2005 to 2008.  The two have since buried the hatchet somewhat, and appear to be on civil terms.  When she is not working on a film or television project, she drives her children around town in a Cadillac Escalade ESV. 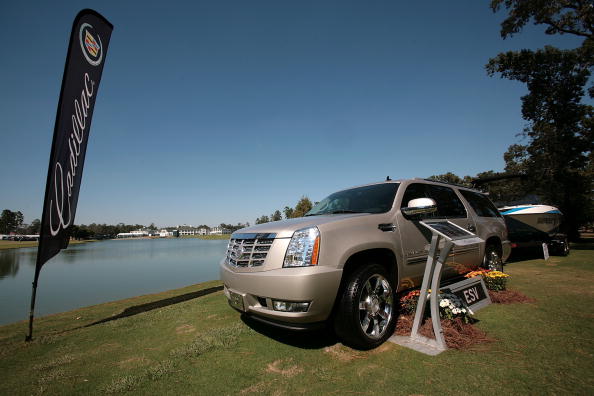 The Cadillac Escalade is a luxury SUV that went into production as a response to the Lincoln Navigator and other popular SUVs of the late 90s and early 2000s.  The Escalade ESV was introduced in 2007, and features a longer body than its predecessors.  The car runs on a 6.2 L Vortec V8 engine, which produces 430 hp.  The vehicle is truly designed with comfort in mind, and comes standard with zoned climate control, heated front and second row seats, a DVD entertainment system, a power lift-gate, rear audio controls, power front seats, and remote engine start, among many other features.  It currently sells for approximately $68,000.