Demi Lovato's Car: An Upwardly Mobile Car for a Star on the Rise

By Paula Wilson on October 12, 2012 in Articles › Celebrity Cars

Demi Lovato has managed to go from Disney television starlet to bonafide pop star to burned out addict in rehab to pop star and celebrity judge in a dizzyingly short amount of time.  She couldn't even legally drive until two years ago for pity's sake.  Now she's appearing on "The X-Factor" as one of the celebrity mentors.  While the show is incredibly contrived (it's pretty much the Cheez-Whiz of reality talent shows), the young Ms. Lovato has managed to distinguish herself as possibly the most mature and genuine judge on the panel.  It will be interesting to see how she does over the course of the competition, as she mentors a group of artists who are all around the same age as she is.  When she is not looking for talent, or proving her own, she drives around Los Angeles in a black Mercedes-Benz E350. 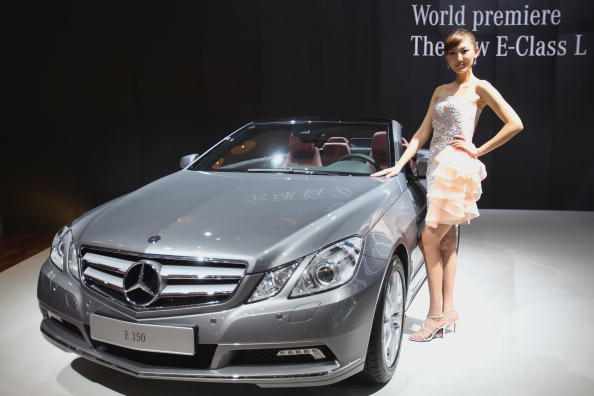 Demi Lovato's car is part of the Mercedes-Benz E series which was produced after 1993.  She purchased hers in 2010, when she was finally able to drive.  The black car has a brown leather interior and features a number of special amenities, including an iPod kit and a high-end sound system.  She actually had a fender bender, like any new driver, about a year after purchasing the car.  Since then, she has seemed to handle herself just fine.  On the road, at least.  The car has 7-speed automatic transmission, and sports a 3.498 liter V6 engine.  It can go from 0-60 in approximately 6 seconds, and costs around $50,000 new.  With her new million dollar contract from "The X-Factor", she just might decide to upgrade to something more current.