Here's the kind of story that doesn't come around every day. Al-Saadi Gaddafi, whom the Daily Mail describes as the "playboy son" of the late Colonel Muammar Gaddafi, is on the hook for a $450,000 Italian hotel bill, if he want so get back a $70,000 Cadillac Escalade that he reportedly left at the Hotel Excelsior in Italy back in 2007.

Gaddafi spent six weeks at the Excelsior when he was playing on the Sampdoria Italian football team, a stay which became marked by the "lavish parties" he would throw in his suite. And evidently, he checked out without either taking his car or paying his bill, after he suddenly left the country for his native Libya when he was dropped from the team. 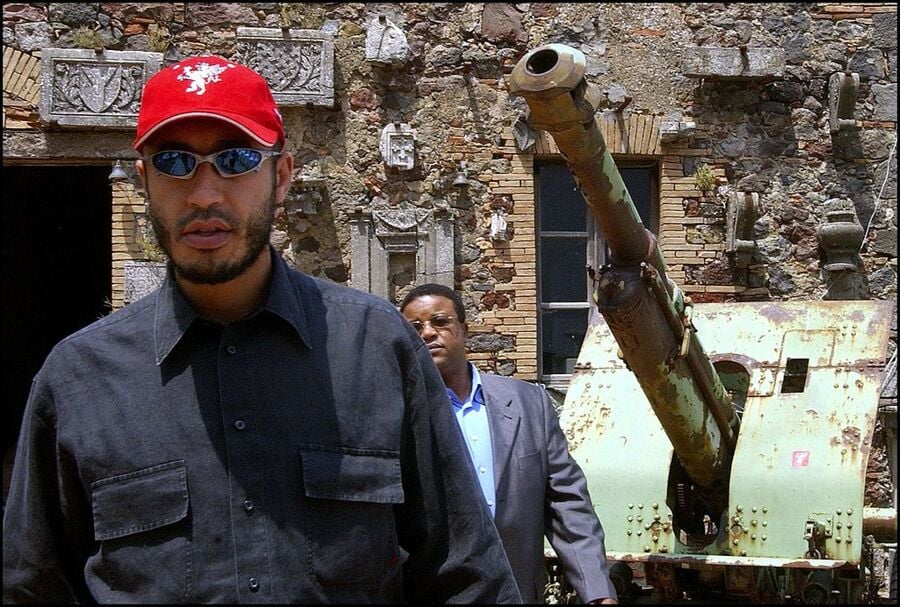 Gaddafi's armor-plated Escalade has become a fixture and a "tourist attraction" according to hotel management. But Excelsior director Aldo Werdin seems ready for the matter to be settled, at long last. He tells the Daily Mail:

"We have been waiting 15 years for Mr Gaddafi to settle his bill…Over the last few years we have tried many times to try and get this matter resolved but with no success. We even contacted the Libyan Embassy in Rome but they were unable to help."

Even the courts were helpless to resolve the situation, continues Werdin:

"A few years ago we decided to take the matter to court and we won and he was also ordered to pay legal costs…We have to give [the car] a clean every now and then as having a dirty car outside the hotel wouldn't be very good for guests and it doesn't even have an Italian log book so we couldn't drive it here."

Gaddafi just got out of a seven-year prison term in Libya over the killing of footballer Bashir al-Riani, but it isn't known whether he'll ever pay his long-dormant hotel bill or take back his car – or if he even wants to.