After Gathering Dust In A Barn For 40 Years, A Classic Bentley Owned By James Bond Writer Ian Fleming Is Now For Sale

By B. George Young on December 1, 2015 in Articles › Celebrity Cars

A classic car linked to the popular James Bond series can now be yours for just $1,495,000. Although the car was not used in any of the Bond films, it was once owned by the creator of the series, Ian Fleming, and has an interesting history behind it. The car in question is a deep grey 1953 Bentley R-Type Continental Fastback. This classic beauty recently turned up after gathering dust in a garage for almost 40 years.

The car was purchased by Fleming and then given to his friend, Ivar Felix Bryce, who provided the inspiration for the CIA agent Felix Leiter in Fleming's books. The character was featured in six installments of the Bond series starting, with Casino Royale and making his last appearance in The Man with the Golden Gun. 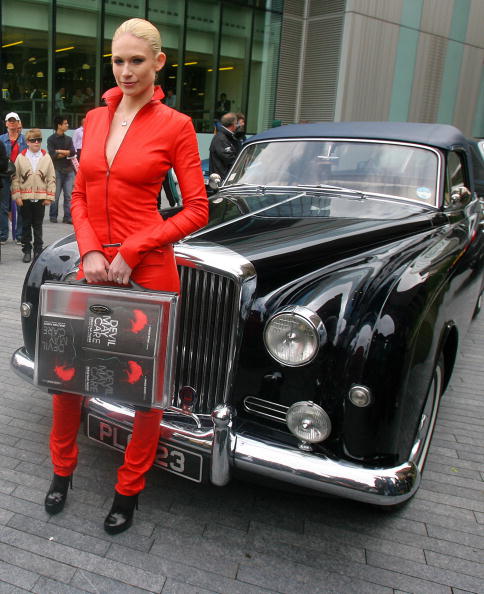 Fleming added extras to the car, such as lightweight seats, rear spats, and a racehorse mascot. Bryce and his wife treasured the car and actually flew it around the world to their homes in New York, Vermont, and even to England. They sold the car and it ended up having several owners before it found its way into the hands of a surgeon in Beverly Hills, California in 1978. At the time this car was made, it was the fastest sedan in the world with a top speed of 120 miles per hour, powered by a 4.5 liter inline-six engine.

The car was stored in a garage in Hancock Park, CA for almost 40 years before being discovered again. The R-Type's engine was in perfect condition except for some dust, and it still has its original interior and features intact. This piece of James Bond history is being offered up for sale by Gullwing Motor Cars in New York for just under $1.5 million.

Fleming's most notable character, James Bond, bought and drove an R-Type Continental in the book-turned-movie Thunderball. The famed author's love of cars was evident in his books and he was also known for his love of Aston Martins, which is obvious in the 007 film series. If you ever wanted to own a piece of history linked to the James Bond series, this could be your big chance.