Ciara's Car: A Hot New Ride For a Singer Who Wants to Be Back On Top

By Paula Wilson on September 3, 2013 in Articles › Celebrity Cars

Ciara was just a little girl from Texas with big dreams originally.  After living all over, her family finally settled in Atlanta, Geirgia, and it was in Atlanta that she began to focus on a professional career in music.  After gaining some recognition as a member of the group, Hearsay, she began to make waves as a songwriter.  This led to an introduction to Jazze Pha, and a record deal with LaFace Records.  In 2004, she released her debut solo album.  It spawned multiple hits, including "Goodies", "1, 2 Step", and "Oh", and garnered her multiple Grammy nominations.  Her second album, released two years later, was another smash hit, and reached #1 on the charts.  It spawned the hit, "Like a Boy", "Promise", and "Get Up". Unfortunately, her third and fourth albums were largely unsuccessful, and she subsequently changed labels.  She is currently traveling doing promotion for her fifth album, "Ciara", which was released in July 2013.  Her promotional tour brought her back to her home turf in Atlanta recently, and she posed with her new car while hanging out in town with fellow musician, Future. 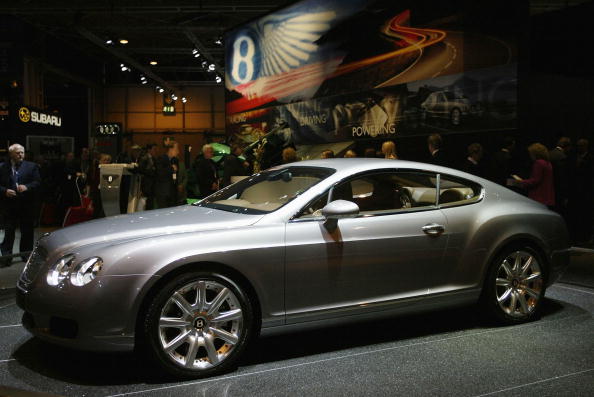 Ciara's car is a Bentley Continental V8 GT.  Introduced by Bentley in 2011, the V8 GT is meant to serve as a more pocketbook friendly alternative to Bentley's more high-end Continental W12.  The vehicle runs on a 4.0 liter twin-turbo engine that produces 500 hp.  The car also has on-demand steering, eco-tires, improved heat management, and 40% better fuel consumption than the W12.  It's 175 pounds lighter than the W12, making it far easier to maneuver quickly.  Exterior changes are only slight, and include a black-gloss mesh grille, a front bumper divided into three segments, and double oval exhaust pipes.  The car currently sells for $180,000, so, even if Ciara's last two albums weren't that successful, she's still doing way better than most of us.