Chris Pfaff's Car: Reality Television Has Been Good to Him

By Paula Wilson on June 7, 2013 in Articles › Celebrity Cars

Chris Pfaff is one of those people who is on the cusp of famous.  The cousin of skateboarding legend, Rob Dyrdek, Chris Pfaff was just a regular high school graduate with big dreams living in Ohio in 2005.  Then he moved to California to work for his cousin, and suddenly, the world became his oyster.  As Rob's personal assistant, he became a household name appearing on a string of reality television programs that chronicled his cousin/employer.  Between 2006 and 2009, he co-starred on three different shows, "Rob & Big", "Nitro Circus", and "Fantasy Factory".  Initially, he functioned primarily as Rob Dyrdek's lackey, doing just about anything his cousin told him to do without question.  However, by the time he was appearing on "Fantasy Factory", his role as personal assistant had given way to that of a young entrepreneur, and he was no longer in his cousin's shadow.  He is now the owner of his own clothing line, called Young & Reckless, which is available online and in various streetwear focused stores.  He has also launched a moderately successful music career as a DJ and producer, and has worked with The Game, Chris Brown, and Snoop Dogg to name just a few artists.  He also runs the primary music studio at the Fantasy Factory, a multi-use facility owned by his cousin.  He's doing pretty well for a 20-something in the big city, and his new car is a reflection of that.

Chris Pfaff's car is a Rolls-Royce Ghost.  The Ghost went into production in 2009, and became available in the US in 2010.  It was created as a slightly less opulent and less expensive alternative to the Rolls-Royce Phantom.  A four-door, full-size saloon, the car is powered by a 6.8 liter twin-turbo V12 engine that produces a very respectable 563 hp.  The vehicle is built on a platform that is similar to that used for the BMW 7-Series, but there are important structural differences.  The body is constructed from steel rather than aluminum, and features a four-corner suspension system, Active Roll Stabilization, Variable Damping Control, an increased ceiling height from other Rolls Royce models, the FlexRay electronic system, and the iDrive user interface.  The Ghost is luxury all the way, and costs the quite luxurious price of $255,000.  With the ability to purchase a car like the Ghost, it's clear that reality television (and a famous cousin) have been quite good to Chris Pfaff. 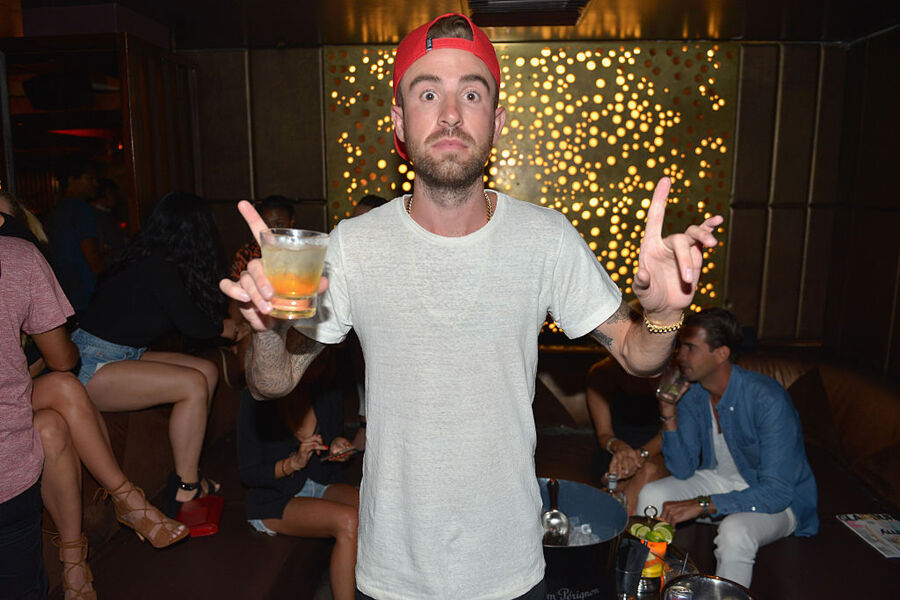 Zoltan LeClerc/Getty Images for Belusso
Did we make a mistake?
Submit a correction suggestion and help us fix it!
Submit a Correction