By Paula Wilson on November 8, 2012 in Articles › Celebrity Cars

Chris Hemsworth was born under an extra special, special star for super hot people, who are also talented, apparently nice, and focused on family.  Or maybe there is just something in the water in Australia, because most of the actors that come out of the land Down Under, seem to have those qualities.  Whatever the reason, Mr. Hemsworth has seen his value in Hollywood rise exponentially over the course of the last few years.  Beginning with his starring role in "Thor", and continuing with roles in "The Avengers", "Cabin in the Woods", "Snow White and the Huntsman", and the upcoming films, "Rush" and "Thor: The Dark World", Chris Hemsworth has established himself as an action star, a heartthrob, and a genuinely talented actor.  It's a winning combination, and it will most likely keep him working for years to come.  One of his newest roles is that of a father.  He and his wife welcomed a daughter into the world in May of 2012.  Just prior to her pregnancy, they purchased an Acura MDX. 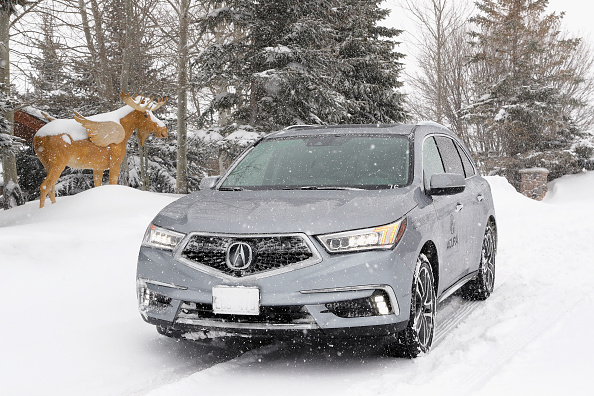 The Acura MDX debuted in 2001, and was the first crossover SUV to come with a third row of seats.  The 5-door SUV has a 3.7 liter, 24 valve SOHC V6 VTEC engine, and the body utilizes Honda's Advanced Compatibility Engineering, which can absorb energy if a collision occurs.  It can go from 0-60 in 6.5 seconds, has Honda's "Super Handling All-Wheel Drive" system, and can tow up to 6,000 pounds.  The vehicle weighs just over 4,500 pounds and currently sells for anywhere from just over $43,000 to $55,000.  The cars were featured in "The Avengers", and Mr. Hemsworth arrived at the premiere in the 2013 model.  Whether he was able to take the new car home is still unclear.