By Paula Wilson on October 2, 2012 in Articles › Celebrity Cars

Remember that mid to late 90s television series, "Viper", that was sort of like the second of coming "Knight Rider"?  It was one of those shows that always seemed to be on when you were bored, and didn't have anything important to do.  You'd sit down in front of the TV, turn it on, and there "Viper" would be.  It didn't matter what time of day or night, the show always seemed to be playing on some channel, just about every hour of the day.  It lasted four seasons, and had the distinction of being a show that used a car that actually existed, as opposed to one that had been created for dramatic purposes.  The car around which the series revolved, was a Dodge Viper RT/10 roadster, and later, a Viper GTS.  Vipers were incredibly powerful, super fast, and super unstable.  They also had surprisingly low-rent interiors for cars that looked so ridiculous awesome on the outside.  A number of celebrities, such as Jay Leno, Hulk Hogan, and Buzz Aldrin owned them.  When Chrysler began to suffer money woes in the early 2000s, development of the cars was halted.  However, with Chrysler's merger with Fiat, the Viper division has been relaunched, and the brand new SRT Viper is the result. 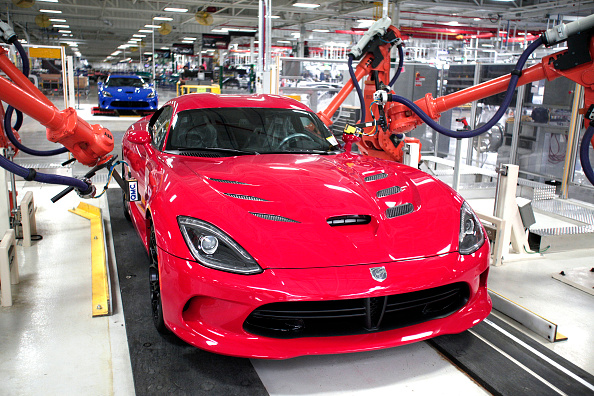 The SRT Viper actually looks like a top-of-the-line sports car, both inside and out.  The vehicle still features the psychotic V-10 engine that made Vipers popular in the first place.  It also has the bubble design and wide body of the original.  However, stability has been vastly improved, the interior now features leather and Kevlar seats among other upscale alterations, and the overall design has a more streamlined feel.  The designer of the new Viper is American artist, Ralph Gilles, a long-time Chrysler design chief.  The price is currently set at approximately $95,000, and the vehicle features 640 horsepower, a top speed of 206 miles per hour, and can go 0-60 in 3.3 seconds.  It's a gorgeous car.  With Hollywood's current penchant for remakes, the new Viper might very well relaunch the television series, as well.