Cameron Diaz is that rare model who actually crossed over to acting and built a solid career.  While some models continually play eye candy, and others simply fizzle out, Ms. Diaz has earned legions of fans, multiple award nominations, and $20 million dollar paychecks, over the course of an acting career that has spanned almost two decades.  After getting her start as a model appearing in ads for Calvin Klein and Levi's, and on the cover of Seventeen Magazine, among other publications, she shifted her focus to acting.  After a  brief tiptoe into the world of the soft core porn industry, she auditioned for a role in a comedy opposite an up-and-coming actor named Jim Carrey.  The movie in which she was eventually cast, "The Mask", when on to become one of the highest grossing feature projects of that year, and she was on her way.  The next few years were spent honing her craft through acting lessons and appearances in smaller, independent projects.  Her strategy paid off, and when she returned to appearing in mainstream projects, she was a better actress, and a bigger box office draw.  Since then, she has appeared in such projects as "Feeling Minnesota", "My Best Friend's Wedding", "Fear and Loathing in Las Vegas", "There's Something About Mary", "Being John Malkovich", the "Charlie's Angels" franchise, "Vanilla Sky", "Gangs of New York", "My Sister's Keeper", "Bad Teacher", and "What to Expect When You're Expecting", among many other films.  She shows no signs of slowing down and is already slated to appear in three movies in 2013.  All of her success has allowed her to purchase some nice things, including a Tesla Model S.

The Tesla Model S premiered in 2009, but did not go into production until 2012.  The vehicle is an electric car that is powered by a three-phase AC induction motor, and a lithium ion battery.  The ion battery is available in 85 kWh and 60 kWh variations, and the 60 kWH battery has a very impressive 208 mile range.  The interior of the vehicle features a 12.3 in LCD display, which displays all of the cars functions.  A second 17-inch screen can be programmed to handle stand-alone applications and navigation tools.  There is no transmission, instead the vehicle has a single speed fixed gear.  It is currently the top-selling electric vehicle in the United States, and has won a large number of automotive awards.  The Tesla Model S currently sells for between $95,000 and $105,000, so if you are interested in saving the environment, be prepared to empty your wallet to do so. 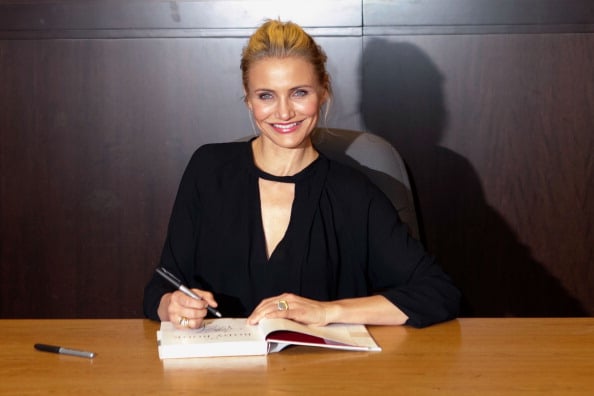 Gabriel Olsen/Getty Images
Did we make a mistake?
Submit a correction suggestion and help us fix it!
Submit a Correction