By Paula Wilson on September 26, 2013 in Articles › Celebrity Cars

When you're the highest paid DJ in the world, you can afford to buy cool stuff.  Calvin Harris, also known as Adam Richard Wiles, can afford to buy A LOT of cool stuff.  He made a whopping $46 million this year, DJ-ing around the world.  The Scottish-born DJ, singer-songwriter, and producer appears to be living a rather charmed life of late.  He began recording his own electronic music tracks in his bedroom when he was in his late teens.  Some of his early songs were actually released and became local hits.  In 2006, he was discovered on MySpace and was signed by EMI, Sony BMG, and the Three Six Zero Group.  His first album, "I Created Disco", was released a year later.  It became a hit in the UK, climbing to number eight on the British charts, and two of its three singles reached the Top 10.  It was later certified Gold.  His next album, "Ready for the Weekend", was an international success, and he began touring worldwide.  He released his third album, "18 Months", in 2012, while continuing to tour.  He played sets at the 2011 Jingle Bell Ball, at the 2012 Field Day, and served as the DJ for the 2012 MTV Video Music Awards.  In early 2013, he signed his most lucrative deal.  He is the resident DJ for the MGM Grand's Hakkasan Las Vegas nightclub.  All of his success has lead to the aforementioned cool stuff, including a McClaren 12C. 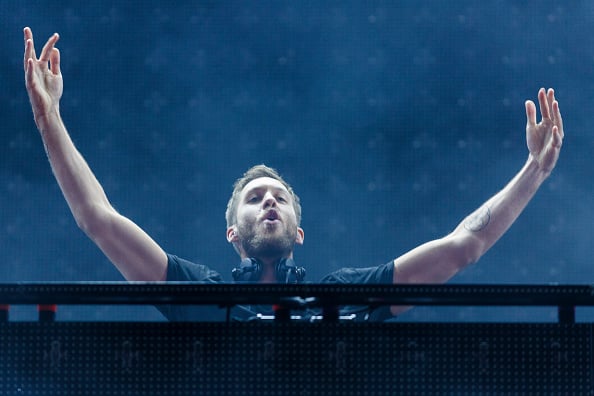 The McLaren 12 is a 2-door sports car that went into production in 2011.  The extremely sleek vehicle runs on McLaren's own M838T twin-twin turbo 3.8 liter V8 engine, which produces 616 bhp.  The car has a 7-speed dual clutch and a lightweight carbon fiber body.  It can go 0-60 miles per hour in a 3.1 seconds, and has a top speed of 207 miles per hour.  The car uses a brake steer system similar to that of a Formula 1 car, and costs approximately $240,000.  Seeing as that is probably what Calvin Harris pulls in per night, he can afford to spend a bit on his ride.