By Paula Wilson on December 13, 2012 in Articles › Celebrity Cars

While some may look at appearing in, on, or near Playboy Magazine as a rather dubious job, there is no denying that the work can prove to be a valuable launching pad.  Brittany Binger is an example of this.  The Ohio native began working as a model when she was a tween, signing with Ford Models in New York at age 13.  However, it was not until she relocated to California that her modeling career really took off.  After arriving on the West Coast in 2006, she almost immediately booked a spread in Playboy, becoming their "Playmate of the Month" for June 2007.  Her work in Playboy, led to guest starring roles on such television shows as "CSI: NY" and "Nick Cannon Presents: Wild n' Out".  She also appeared on the reality series about the Playboy Mansion, "The Girls Next Door", and has also appeared on "Kendra", the reality series about former Playmate, Kendra Wilkinson.  She has done quite well for herself during her six years in L.A., as evidenced by her large, white Range Rover. 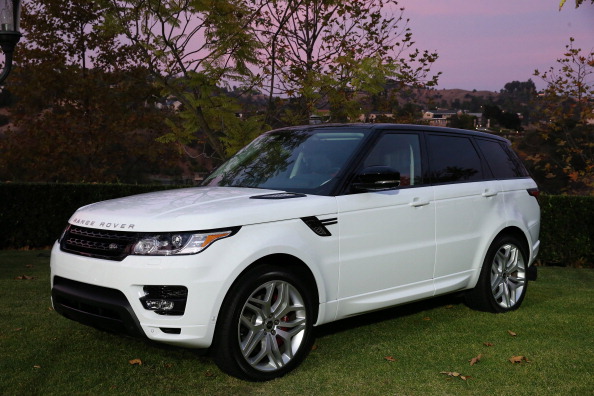 The Range Rover has become "the" young celebrity car in Hollywood.  Just about everyone seems to have one.  Originally designed to serve as a consumer-friendly answer to specialist utility vehicles, the Range Rover was the flagship car produced by Land Rover.  It was not originally a luxury vehicle, and its reputation as a high-end, super posh vehicle was only recently developed.  It was the third generation of the vehicle, which went into production in 2002 that made the Range Rover synonymous with style.  The 5-door SUV now comes complete with a 4.4 liter Ford TD V8 engine, 8 speed automatic transmission, and the ability to go 0 to 60 in 6.5 seconds.  It is far from the utilitarian vehicle it was initially.  The fact that everyone from politicians, to former Playboy Bunnies, drive it, is a clear indication of its level of success.