Britney Spears' Car: If I Had $15 Million I'd Buy a Prettier Car

By Paula Wilson on November 21, 2012 in Articles › Celebrity Cars

What is it with celebrities and their really big cars?  The luxury SUV is "it" in Hollywood.  With all the grid-lock it seems pretty ridiculous.  It gets even sillier on Saturday nights on the Sunset Strip, when everyone is bumper to bumper in their large sport utility vehicles, and no one can do anything but continue to inch forward slowly.  There is just something truly sad about a large vehicle in a rampantly urban setting.  It's like trying to keep a Great Dane in a studio apartment.  Britney Spears has apparently followed this trend, and like many other celebrities drives around in a massive sports vehicle.  Unlike many of her colleagues, however, she has chosen to buy a large white variation on her vehicle (which makes it look even larger), as opposed to the more utilitarian black SUVs that most everyone else drives. 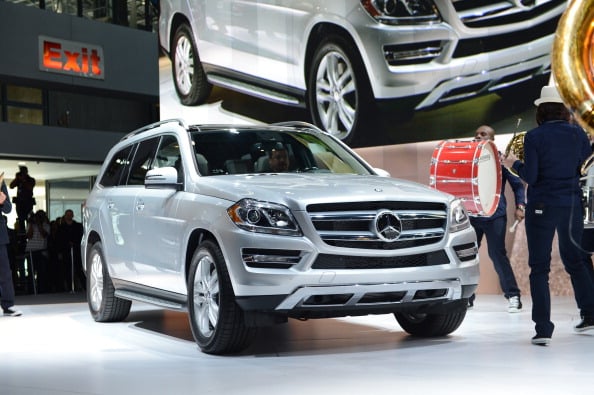 Britney Spear's car is a white Mercedes-Benz G55.  The Mercedes-Benz G class was originally developed to serve as a military vehicle based on a suggestion made by the Shah of Iran.  The cars underwent some changes in design in the late 70s, and became widely available in 1979.  The G55 was introduced in 2005, and runs on a 5.4 liter V8 engine.  It can go from 0-60 in 5.2 seconds, and has a weight of 5,700 pounds.  The car is basically built like a tank, and looks a bit like a box on wheels.  It is one of the few vehicles with three fully locking differentials, making it much more maneuverable in a wide-range of terrains.  The car currently retails for approximately $125,000.  With Ms. Spears recent $15 million contract with "The X-Factor", that's not even a blip on her monetary radar.