By Paula Wilson on October 23, 2012 in Articles › Celebrity Cars

Just last week, Brian Austin Green and his wife, Megan Fox, welcomed a baby into the world.  Brian Austin Green is most widely recognized for his role as the baby-faced character, David Silver, on the hit 1990's series, "Beverly Hills, 90210".  Post-"90210", he has appeared in various and sundry television films, and has had a fairly successful television career, appearing in supporting or recurring roles on such shows as "Freddie", "Terminator: The Sarah Connor Chronicles", "CSI: Miami", "Desperate Housewives", "Smallville", and "Anger Management".  While many people enjoy watching his work on television, he is most envied for being the man who managed to snag actress/model Megan Fox.  While her acting career has been on a downswing of late, her personal life seems to have leveled off nicely, and the pair have managed to cultivate a rather normal domestic life, complete with a relatively standard suburban vehicle. 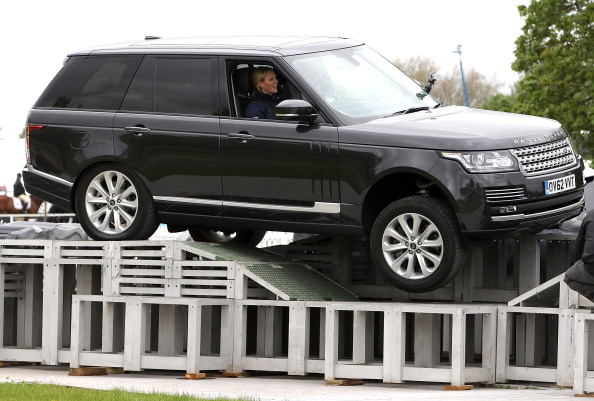 Brian Austin Green drives a black Range Rover.  The Range Rover went into production in 1970, and is the car most widely associated with Land Rover.  Since the early 2000s, the car has gone from being a rough and ready sport utility vehicle, to being a luxurious high-end cross-country car.  The Range Rover L322 was developed by BMW, and the current generation runs on a 4.4 liter Ford TD V8 engine, and features 8 speed automatic transmission, and a similar electronics setup to the BMW E39 series.  The car has excellent handling and over the last five or so years, has become increasingly recognized as a status symbol.  No matter the reason Mr. Green purchased the car initially, it is now fairly clear that this vehicle will be used for family transport, more than for impressing passersby.