By Joseph Gibson on August 16, 2015 in Articles › Celebrity Cars

We're all familiar with the stereotype that the young and wealthy are all spoiled brats, stubbornly unsatisfied even with the mountains of wealth and material possessions that are available to them with minimal effort required. Like all stereotypes, this is probably unfair to all the kids who manage to keep their heads attached to their bodies, even with a huge parental expense account, but a recent story out of Switzerland makes it hard not to consider it a confirmation of all the worst things you've heard about the children of wealthy parents.

The trouble began when the 20-year-old man in question took his Ferrari 458 Italia to a dealership with the hopes of upgrading it to a newer model (this, despite the fact that he had a reported 14 other cars in his garage at home at the time). The trade-in price quoted was $193,500, which sounds like a lot, but wasn't quite enough to cover the cost of the new car he wanted. Instead of waiting a couple months and saving up, or drowning his sorrows in the roar of any of his other 14 cars, he instead availed himself of a ludicrous plan suggested by an unscrupulous car dealer: torch the old car, collect the insurance, meet the new car.

To the would-be criminals' credit, they do appear to have put a little bit of thought into their scheme. They recruited a few accomplices to help carry out the crime, and they crossed the border into Germany to set fire to the car – presumably in order to muddy the chain of events in the investigation that would surely follow the insurance claim. Unfortunately for the 20-year-old automotive buff, a combination of surveillance camera footage and recordings of phone conversations ended up creating a web of evidence even he couldn't buy his way out of, and after the car was set on fire he and his accomplices were arrested in fairly short order. The whole thing becomes even more infuriating when you realize that the 20-year-old, in addition to his fleet of automobiles, also has a real estate portfolio worth something in the neighborhood of $30 million and a monthly allowance from his dad that is reported as anywhere from five to ten grand every month. 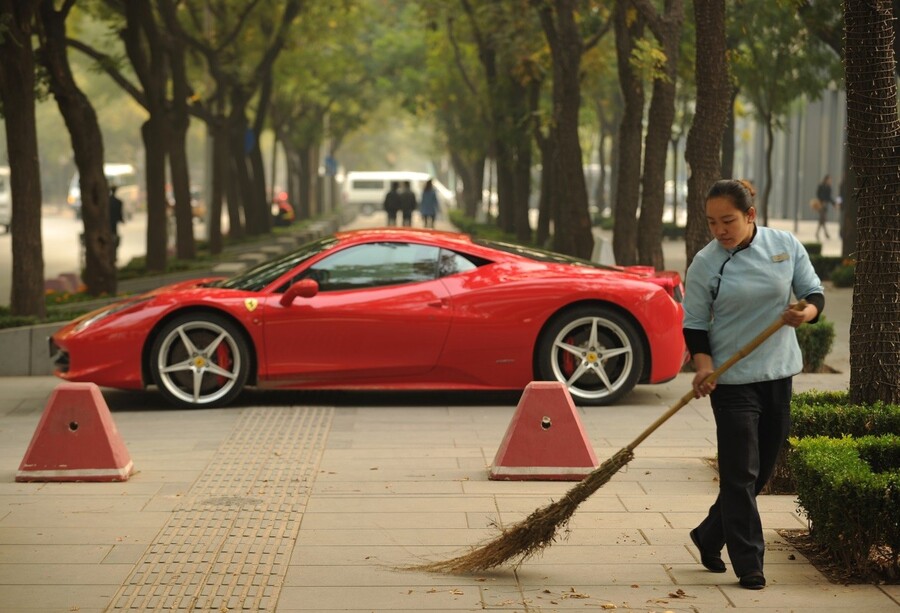 This all happened back in the spring of 2014, but details about the story are just coming out now, thanks to the trial, which recently concluded. The man was fined $33,000 and sentenced to 22 months of probation, while his accomplices got off with between 14 and 16 months of probation, and no fines. There's no word on whether the man still plans to buy a new model Ferrari, although I suspect that if he still wants it he'll probably get it eventually.