By Paula Wilson on November 28, 2012 in Articles › Celebrity Cars

Bobbi Kristina Brown, like many celebrity children, has not had the most conventional life.  The daughter of superstar singer, Whitney Houston, and successful R&B artist, Bobby Brown, she grew up in the spotlight.  She appeared on her father's reality series while in elementary school, and was there as both her mother and father began to experience career downturns, largely due to their abuse of drugs and alcohol, and the erratic behavior that came with their habits.  After her parents divorced, she spent most of her time with her mother, when her mother's schedule allowed.  Since her mother's death in February 2012, Bobbi Kristina has been the subject of almost continual media scrutiny.  She has also appeared in her own reality series, and has been involved in a rather nasty battle with her family for the right to her mother's sizable fortune.  Just a month ago, the 19-year old was involved in another car accident, when she and her fiance/adopted brother crashed while driving his Chevrolet Camaro.  Earlier today, she crashed a second Camara while turning left near her house.  The car is almost completely destroyed, but she walked away unharmed, and police reported that neither alcohol or drug use played a part in the crash. 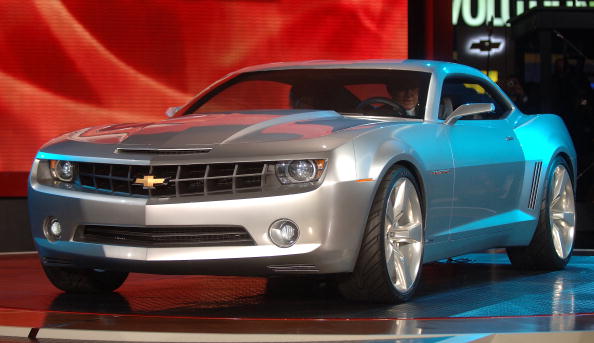 It is a testament to the construction of the Chevy Camaro, that Miss Brown is still walking around.  This is the second time she's crashed this particular Camaro, and it's her third crash in one of the cars in less than two months.  The current version of the Camaro went into production in 2009.  It runs on a 6.2 liter LSA supercharged V8 engine, and features RS spoiler and taillight details, suede seats, 20″ aluminum wheels, and a host of other luxury add-ons like Bluetooth.  The car combines both the muscle car aesthetic that made it popular in the 70s, and the luxurious design that has become popular today.  However, it also requires that you know how to drive in order to really enjoy all that it has to offer.  Based on Bobbi Kristina's record, one gets the sense that in amongst all the other things going on in her parent's life, they skipped some important lessons with regards to her.