By Caitlin St John on January 24, 2018 in Articles › Celebrity Cars

"When we opened our doors, we had 10 employees," Bezos explains. "I was driving the packages to the post office myself in my 1987 Chevy Blazer and dreaming one day that we might have a forklift."

When Amazon went public three years later, Bezos' wealth propelled to more than $12 billion. However, his vehicle purchase was not all that characteristic of a billionaire. Bezos traded in his 1987 Chevy Blazer for a modest upgrade—a Honda Accord. 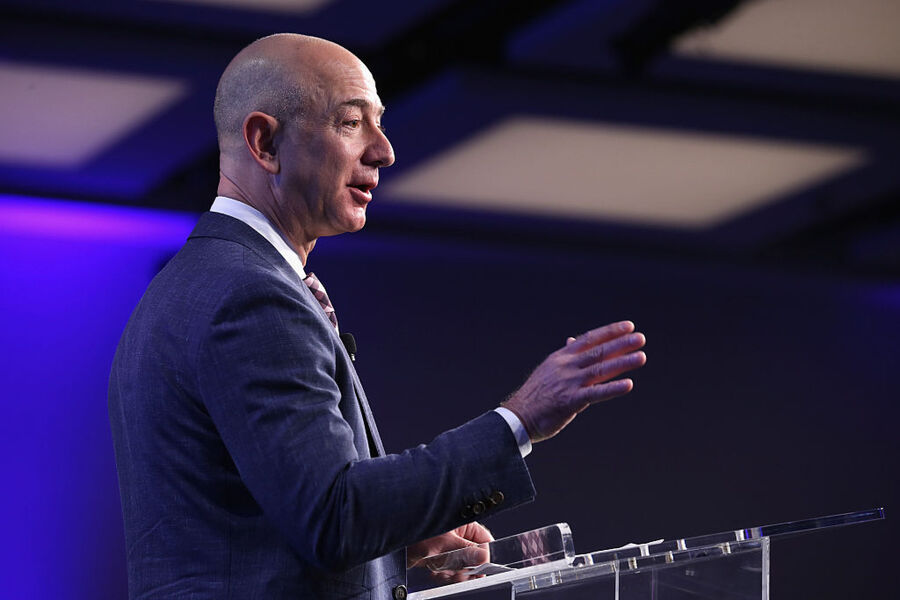 Bezos, who owned about $10 billion in Amazon stock at the time, responded, "This is a perfectly good car."

Five years later, in 2004, employees were still using door desks. And in 2013, Bezos was still cruising around in a Honda, although a slightly larger model.

Fast forward to today and Amazon has reported $43.7 billion in revenue during its 2017 third quarter alone—a 34 percent increase from the same quarter in 2016. Yet, frugal practices remain one of the company's core values. Amazon even gives the "Door Desk Award" to employees who come up with ideas that save money.

As Amazon puts it: "Constraints breed resourcefulness, self-sufficiency and invention."