The luxury SUV wars have just turned ugly. As previously predicted by Porsche's R&D chief, Bentley has now announced that their upcoming 2016 Bentayga SUV will have a top speed of 187 miles per hour. This makes the Bentayga the world's fastest SUV, topping the previous mark of 186 mph set by the Porsche Cayenne. You never know when that one extra mile per hour will make a difference.

Porsche has already fired back, claiming that they are working on something faster, and that they want to reclaim the crown. These SUV wars may be causing some internal friction at the Volkswagen Group, which owns both Porsche and Bentley. Bentley already has some 4,000 pre-orders for their first-ever production SUV, which will have four seats and five doors.

The Bentley Bentayga will be powered by a twin-turbocharged 6.0 liter W12 engine, with a V8 version also likely to be offered. The world's fastest SUV will also feature an all-wheel drive system and an eight-speed automatic transmission. The SUV will likely be able to go for up to 30 miles on electric-only operation. The car maker is aiming for a 200 mph version, that would be the top of the line Bentayga model. This luxury SUV is set to sell for about $229 thousand, which will also make it the world's most expensive SUV. 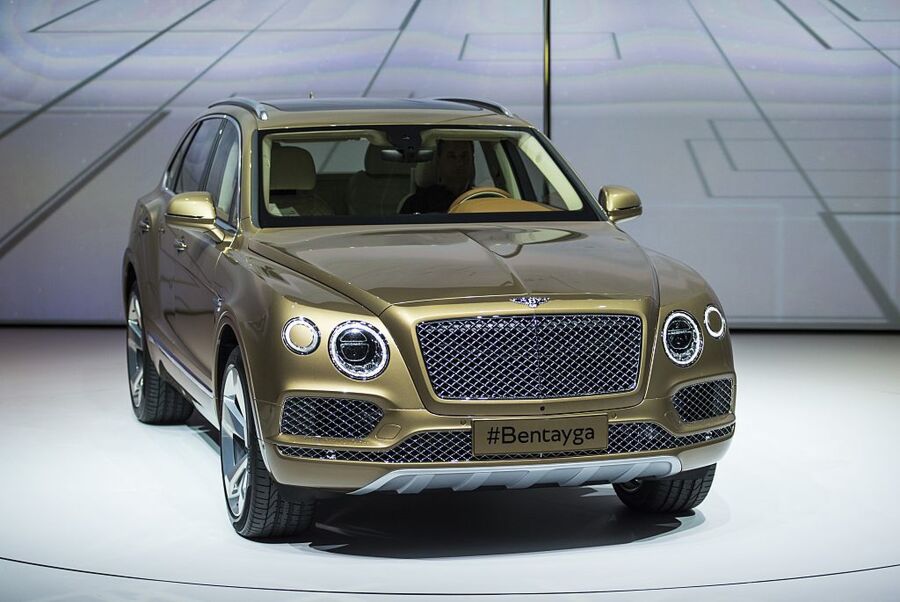 As previously reported, it may not take long for Lamborghini to get into the luxury SUV game with their Urus, which would likely become the new fastest SUV offered. The Bentley Bentayga is set to make its official debut at the International Motor Show in Germany this month, and production should start in late November for the 2016 model year. The name Bentayga was inspired by Taiga, which is the largest transcontinental snow forest in the world. Bentley's SUV will be based on Volkswagen's Group MLB platform which it also shares with the third generation Porsche Cayenne.

It remains to be seen if top speed is an important factor for those wanting to purchase a luxury SUV. It might end up making all the difference for those moms flooring it to get their kids to soccer practice on time.