This Extremely Rare Bentley Was Inspired By A Jet

To finish up Bentley Week at Celebrity Net Worth, we may have saved the coolest Bentley for last. The official name of this car is the 2016 Bentley Continental GT Speed Breitling Jet Team Series Limited Edition, which is quite a mouthful. This is a truly special and limited edition luxury car and only seven of them are being made.

These special Continental GTs are inspired by Breitling's flying jet team and are the result of a partnership between Breitling and Bentley Mulliner. Each one of these seven cars will correspond to one of the seven Breitling jets that inspired them. Each luxury car will be individually numbered on the footplate, and the headrest will contain the number of the corresponding plane. 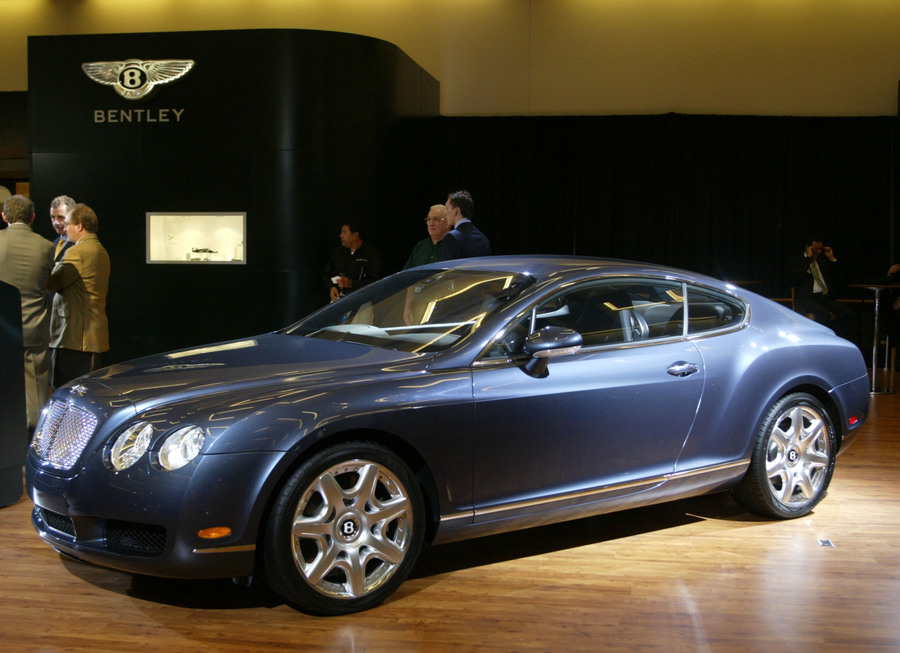 The Jet Team Series was designed to mimic the look and the feel of their fighter jet counterparts, although they will not be able to reach 565 miles per hour like the jets can. They will, however, contain the same powerful engine as the Continental GT Speed, which features 626 horsepower and can go up to 205 mph.

This is not the first partnership between Bentley and Breitling, as they introduced a special and expensive watch back in 2011. Breitling has also provided clocks for former models made by Bentley. Each of these cars features a two-tone Hallmark and Onyx paint job and has Breitling yellow accents. The yellow stitching on the interior is designed to mimic the look and feel of a cockpit in the Breitling Jet Team aircraft. Although these cars are extremely limited and will be one out of seven, they are each fully customizable making them truly one of a kind.

Although no price has been officially revealed, estimates for the Jet Team Series are at about $300,000 which is a bit more than the GT Speed at $234,000. The cars will make their public debut on July 31st at the Boeing Seafair Airshow in Seattle, Washington. Bentley and Breitling will be putting on quite a spectacle for their high dollar customers. The keys for each car's buyer will be presented to them by the pilot of their corresponding plane, but only after they experience a flight in the jet that inspired their new car.