By Paula Wilson on December 5, 2012 in Articles › Celebrity Cars

Ben Baller is everywhere.  The Korean American jeweler has become almost as famous as his highly sought after (and very expensive) watches, pendants and chains.  His family run jewelry business, IF & Co., has been featured in multiple magazines, including Complex, Harper's Bazaar, and the Wall Street Journal, and the designer/artist has been interviewed by everyone from luxury car journalists to websites devoted to tattoo design.  The company is known for making one-of-a-kind pieces in phenomenally short amounts of time.  He has designed jewelry for Tom Cruise, Justin Bieber, Floyd Mayweather, Paris Hilton, Kanye West, Kim Kardashian, and Frank Ocean, among many, many others.  His pieces can cost as much as $800,000.  All of his success has equalled a garage full of cars and motorcycles, including a 2004 Rolls Royce Phantom, a 2006 Lamborghini Gallardo, a 2006 BMW 650i, a 2008 BMW M5, a 2007 Dodge Charger SRT-8, and a 2007 Suzuki GSX-R 1000.  Most recently, he added a Rolls-Royce Ghost to his collection. 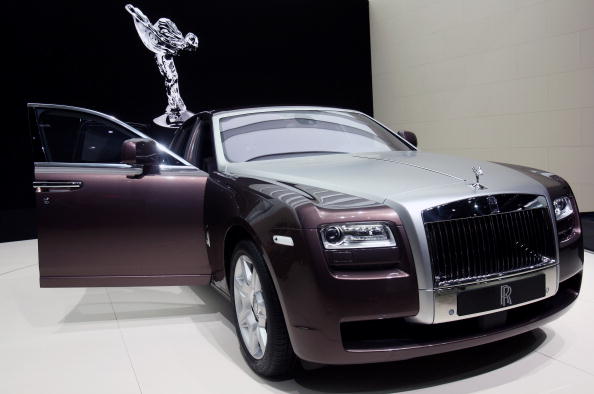 Ben Baller's Rolls-Royce Ghost has 24″ custom Agetro wheels with floating Rolls-Royce hubcaps.  The Ghost is built on a modified version of the BMW 7-series platform.  It features the same air-springs used in the Rolls-Royce Phantom, and also comes with the iDriver interface.  It runs on a 6.6 liter twin-turbo V12 engine, and can go from 0-60 in 4.7 seconds.  Its top speed is 155 miles per hour, and the suspension system can detect when a passenger moves from one side of the car to the other, and will compensate.  The Ghost currently goes for $225,000, so all Ben Baller has to do is sell a ring or something, and he can probably afford to buy another one in a different color.