Amazing Car Of The Day: The BMW i8

The BMW i8 is a plug-in hybrid sports car that was first introduced as the BMW Concept Vision Efficient Dynamics and first became available to retail customers in the United States in August 2014. The initial turbo diesel concept car was first shown at the Frankfurt Motor Show in 2009. The i8 was designed by Mario Majdandzic, Benoit Jacob, and Richard Kim and is a 2-door coupe. Here is a closer look at this Amazing Car Of The Day: The BMW i8.

BMW's i8 is a part of the company's "Project i" and is marketed under their brand BMW i. This luxury car is also practical, the 2015 i8 uses a 7.1 kWh lithium-ion battery pack which delivers an all-electric range of 23 miles under the New European Driving Cycle and 15 miles under the United States Environmental Protection Agency cycle with low gas consumption. It may not be as fast as some expensive cars, but the BMW i8 can still go from 0 to 60 miles per hour in 4.4 seconds and has a top speed of 160 mph. This ride has a fuel efficiency of 112 miles per gallon and was EPA rated at 76 equivalent. 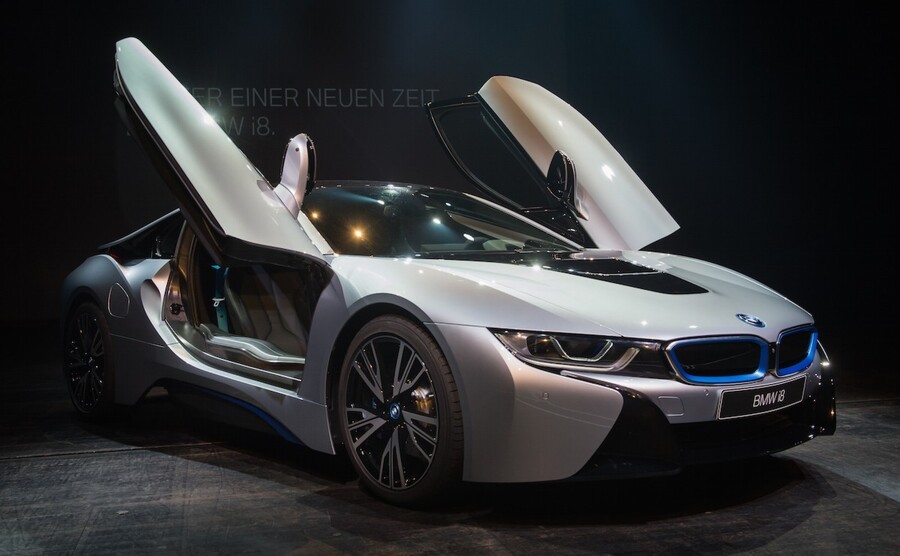 The i8 has a starting price of $135,925 in the United States and the first deliveries took place in August 2014. As of June 2015, BMW has sold 1,288 i8s and they are officially sold out through this year. The BMW i8 has been praised and won the 2012 North American Concept Vehicle of the Year. It also won the Top Gear Magazine Car of the Year award and was named Autoblog's 2014 Technology of the Year.

A specially designed series of carbon black luggage was made for the i8 by Louis Vuitton and went on sale worldwide in 2014. A BMW i8 is part of the growing luxury car collection used by the Abu Dhabi Police department which also includes a $3.4 million Lykan HyperSport. Celebrity owners of the BMW i8 include rapper French Montana, NBA player Julius Randle, and NHL player Scottie Upshall. The i8 is upscale and also friendly to the environment.