By Brian Warner on October 8, 2021 in Articles › Celebrity Cars

If you are a guy who was born between roughly 1975 and 1985, it's very likely that the Ferrari F40 was your very first car obsession. You probably had either a poster of the car, or a model version in your bedroom. Or both! I was born in 1982 and certainly loved the Ferrari F40, but if I'm being honest, my first car obsession was the F40's successor, the F50. I had both the poster and the model version.

The F40 is an absolutely gorgeous beast. Introduced in 1988 to celebrate Ferrari's 40th anniversary, it was the first production car to achieve a top speed of over 200 miles per hour and the last Ferrari that was overseen by company founder Enzo Ferrari who died on August 14, 1988.

If you had the means and the opportunity in the late 1980s, a factory-fresh Ferrari F40 would have cost you $399,150. After adjusting for inflation, that's the same as $961,217 in today's dollars. And when you gaze upon this piece of art, I argue that price was extremely fair: 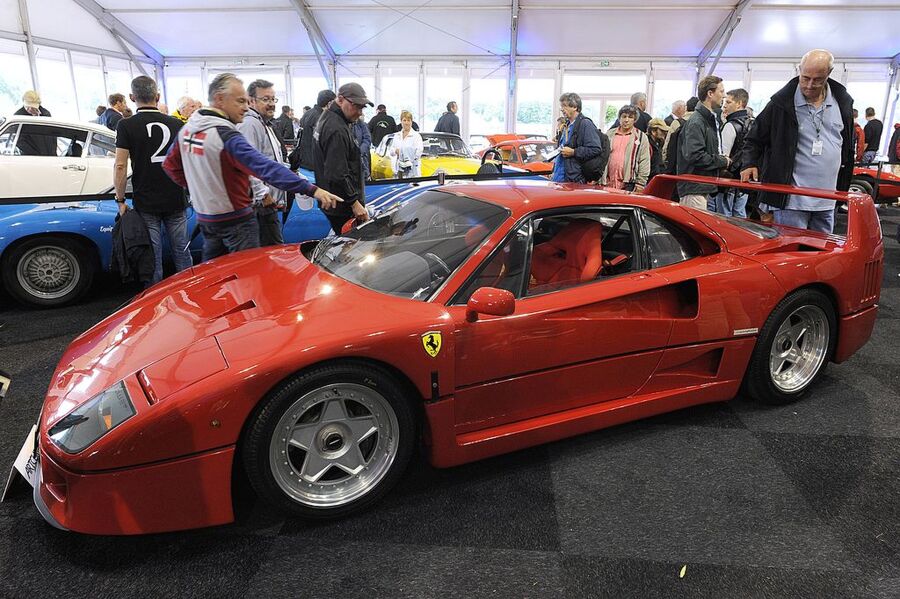 A Belgian car collector had the means and opportunity to plunk down a deposit for an F40 in June 1989. The car was delivered by a Belgian dealership called Garage Francorchamps to the unnamed collector in December of 1989.

Let's pause here for a moment. If you bought a Ferrari F40 in 1989, how many miles would it have today? You wouldn't have driven it every day, but maybe you drove it 2,000 miles a year? If so, the odometer would have around 60,000 miles today.

How many miles did the Belgian owner put on his F40?

How is that possible?

After taking ownership of the F40 the Belgian owner proceeded to drive the car 1,112 miles between December 1989 and October 1992. That's around 30 miles per month or one mile per day during that period. Technically this F40 has 1,790 miles on the odometer. Apparently it was driven 678 miles between the factory and delivery.

What happened in October 1992? Did the car become inoperable after a crash? Nope. For some reason the owner decided that was last time he was going to drive his F40. He proceeded to place the car in a temperature-controlled storage warehouse. The F40 proceeded to sit untouched in that warehouse for the next 29 years.

It's kind of tragic in my opinion. These cars were made to be driven.

Fortunately this F40, CHASSIS NO. ZFFGJ34B000083620, is about to see the light of day again after nearly three decades. On Sunday October 10, the car will be auctioned by Bonhams.

The expected purchase price is between $1.2 and $1.7 million. That range actually feels low to me. For perspective, back in July 2021 an F40 with multiple historical owners and 16,000 miles that had been painted BLUE by one of the recent owners, sold for $1.4 million.

One would have to presume that an absolutely immaculate, one-owner F40 with all the original parts, pamphlets, tires etc, would sell for a significant premium. The auction starts on Sunday, October 10. We will keep an eye on it and update this article with the final price.

If you love F40s and want to drool for a few minutes, below is what I think is the best F40 video on YouTube. Stunning footage, audio and commentary. It's really cinematic: