The Amazing Private Jets of the Rich, Famous, and Notorious

Owning a private jet is not for your run of the mill everyday rich person. It takes a certain level of net worth to be able to easily afford these private aircrafts. But imagine having one at your disposal stocked with your favorite food, beverages, and amenities. Suddenly, that 19-hour flight to Sydney doesn't seem so uncomfortable, does it?

The following private jets of the uber-wealthy (and very famous) are quite impressive. And unlike regular shmucks who wade through TSA lines and fly coach, these people use their planes to jet from their many homes and parties across the globe. I mean come on, the only way to show up when you've been invited to Richard Branson's Necker Island is by private jet. Right??!!

Russian billionaire Roman Abramovich doesn't only own one of the world's greatest and most expensive super yachts, he's also got his very own Boeing 767-33A. He keeps it parked at Luton Airport north of London and the jet is rumored to be decorated with a gold interior. No media has ever been allowed inside.

Okay, technically this one belongs to the people of the USA, but no list of amazing private planes is really complete without including Air Force One. It is a Boeing 747-200B that has the ability to refuel in flight. So let's say there was a threat to our country, the President could basically fly around forever being refueled in flight. This Presidential aircraft is seen as a symbol of the power of the United States government and its leader. 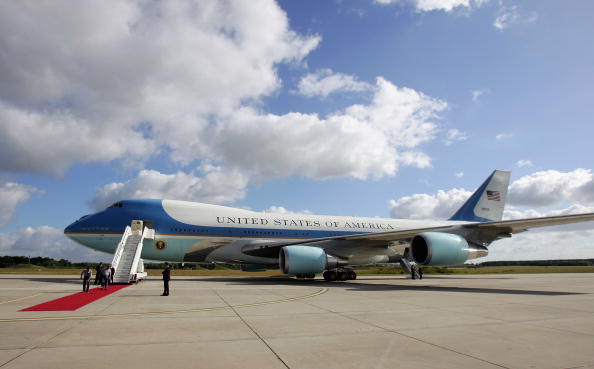 Nothing Donald Trump does is subtle and that includes his plane. His former aircraft, a vintage 1968 Boeing 727-23 was originally operated by American Airlines has been replaced with a newer 757 that has been reconfigured to seat 23 people. The plane features pale leather armchairs, gold plated seatbelt buckles, oil paintings, and Waterford crystal lamps. Trump's own logo adorns the side of the aircraft and is 30 feet long, four feet high, and painted on with 23 carat gold leaf. 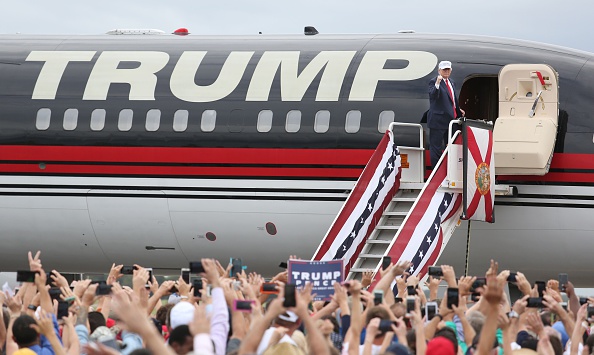 Well it makes sense that Bill Gates would have his own jet. And of course this Bombardier BD-700 Global Express is technologically advanced like no other. In fact, it is so powerful the plane can achieve a speed of Mach 1 and fly non-stop from Tokyo to New York or Los Angeles to Moscow.

Known as "Google One" or the "Google Jet," this is a symbol of how ridiculously wealthy Google has made Sergey Brin and Larry Page. This $25 million plane even has landing rights at Moffat Field, the legendary runway owned and operated by NASA. No other private aircraft has ever been allowed to land there, let alone regularly.

Oprah Winfrey reportedly paid $42 million for her private plane. Her Bombardier was custom designed to seat 10 passengers very comfortably in leather seats. The plane also features designer fixtures in the galley and bathroom.

It's common knowledge that Beyoncé bought her husband Jay-Z a $40 million plane. The Bombardier Challenger 850 Learjet is fit for their family with a living room decorated in cream leather, a kitchen, a bedroom, and two bathrooms.

It shouldn't be surprising that the original captain of the Millennium Falcon not only has his own jet, but also pilots it. He has a Cessna 525B CJ3 Citation which can carry six people 1,900 nautical miles (that's 2,186 regular miles).

The Sultan of Brunei

The Sultan of Brunei bought a brand new 747 which set him back at least $100 million. He had it fitted with a very special interior featuring sinks made of solid gold and Lalique crystal embellishments throughout the aircraft. His interior design of the plane set him back another $120 million. Of course this isn't the Sultans only plane, but it is his largest and most luxurious.

Billionaire Mark Cuban isn't just an entrepreneur who owns the Dallas Mavericks, he's also the owner of his own Boeing 767-277 which has been specially fitted with ceilings high enough so that even the tallest of his basketball team's players can stand comfortably.