Amazing Car Of The Day: The Rolls-Royce Wraith

The Rolls-Royce Wraith might have an odd name, but it certainly looks good. The Wraith nameplate goes all the way back to 1938 and means ghost or spirit in Scottish. The original Wraith was produced from 1938 to 1939 with only 492 cars being made. This old school version had a 4,257 cc Straight 6 engine and a four speed manual transmission with a top speed of 85 miles per hour. The car was featured in the movies My Favorite Brunette and Johnny Dangerously. Here is a closer look at this Amazing Car Of The Day: The Rolls-Royce Wraith.

Rolls-Royce brought back the Wraith line in 2013 as a four seat coupe, which was based on the chassis of the company's Ghost line. The new Wraith debuted at the 2013 Geneva Motor Show and started at over $350 thousand. This luxury car features a 6.6 liter BMW N74 twin-turbo V12 engine with 624 horsepower and a ZF 8HP eight speed automatic transmission. The new Wraith was designed by Pavle Trpinac and is assembled at Goodwood in England. Rolls-Royce calls the Wraith a "debonair gentleman's GT" and it is certainly luxurious and refined. The 2015 model Wraith gets 13 miles per gallon in the city and 21 mph on the highway. 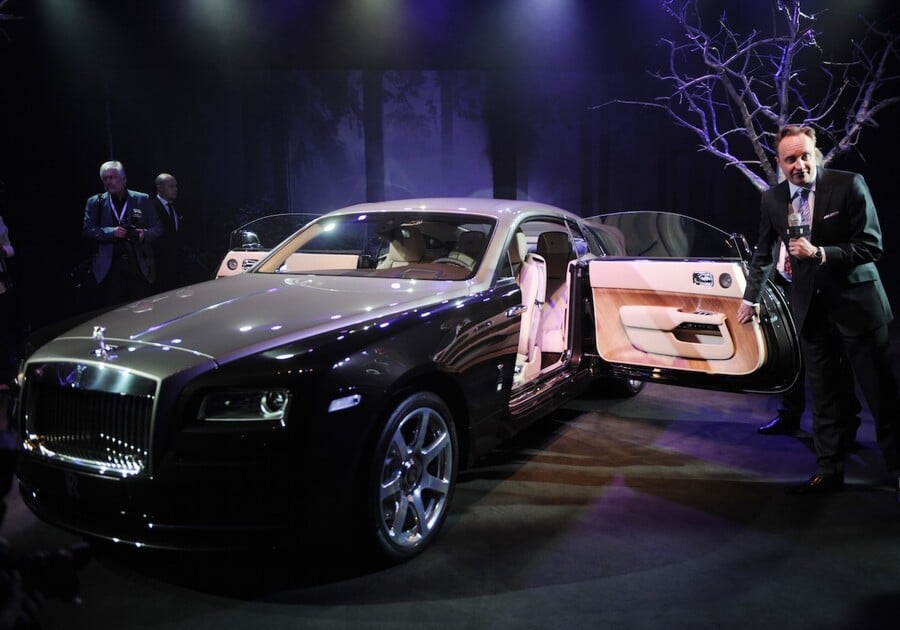 The brand new Rolls-Royce Wraith St. James edition promises to be the most powerful Rolls ever made. It will feature a 6.6 liter V12 engine with 623 horsepower and a 0 to 60 miles per hour time of 4.4 seconds. Although it promises to be more powerful, it may not be a big improvement over the normal Wraith, which is already pretty strong.

Rolls-Royce is also working on rolling out the brand new Wraith based convertible called the Dawn. It will be available in early 2016 and will be based on the same platform as the current Wraith. Company CEO Torsten Muller-Otvos says that the Dawn "promises a striking, seductive encounter like no other Rolls-Royce to date." Rolls first used the name Dawn in 1949, but only made 28 examples. They later made the Silver Dawn sedan in the 1950s.

The Rolls-Royce Wraith is popular among celebrities and is owned by the likes of Gwen Stefani, Rick Ross, Meek Mill, Floyd Mayweather's daughter, and Chris Brown. With the line expanding the car will appeal to more luxury car collectors, but will still be exclusive at its high price.