Amazing Car Of The Day: The Porsche 918 Spyder

The Porsche 918 Spyder is a limited edition sports car with only 918 examples being made as the name implies. The Spyder was one of the first super-hybrid supercars and is the fastest car to ever be tested. The car is now sold out and had an original starting price of $847 thousand. Here is a closer look at this Amazing Car Of The Day: The Porsche 918 Spyder.

The Porsche 918 Spyder was manufactured in 2014 and was sold out by Christmas of the same year. It features a 4.6 liter V8 engine with two electronic motors on the front and rear axles which adds up to a total output of 887 horsepower. The lithium-ion battery pack has an all-electric range of 12 miles.

The 918 Spyder has a top speed of 210 miles per hour and can go 0 to 60 mph in 2.2 seconds, which makes it the fastest car ever tested by Car and Driver! The 918 Spyder concept was first displayed at the Geneva Motor Show in 2010 and the production version was shown in 2013 at the Frankfurt Motor Show. The 918 Spyder was designed by Michael Mauer and is a 2-door roadster.

One variation is the 918 RSR racing version which was unveiled at the North American International Auto Show in 2011. In September 2013 a 918 with the optional Weissach Package became the first series production street legal car to break the seven minute barrier at Nurburgring. 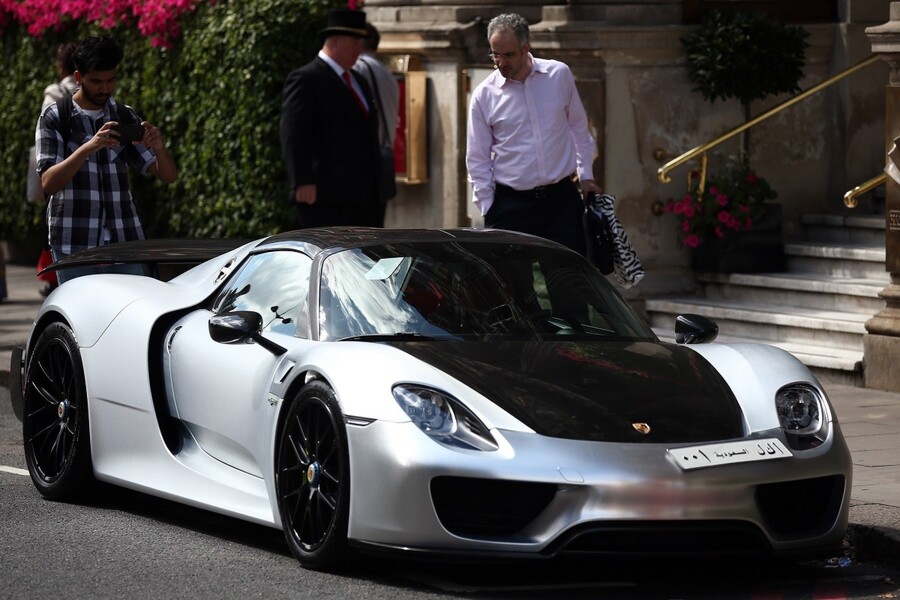 Although the Porsche 918 Spyder is highly rated and sought after by luxury car enthusiasts, an accident took place in Malta in October 2015 when a 918 taking part in a motor show left the track and crashed into a section of spectators. Five fans suffered from critical injuries while 28 were injured.

Celebrity owners of Porsche 918 Spyders include the head of Pagani, Horacio Pagani, professional race car driver Mark Webber, and IndyCar Series driver Graham Rahal. You know this is a car guy's car when professional drivers and the owner of another car brand own one. A 918 Spyder was also included in British businessman Paul Bailey's "Holy Trinity of super cars" along with a McLaren P1 and a Ferrari LaFerrari.