Amazing Car Of The Day: The McLaren 570S Coupe

By B. George Young on December 5, 2015 in Articles › Celebrity Cars

The McLaren 570S Coupe is one of the first sports cars to be introduced as part of McLaren's Sports Series. This is actually the cheapest McLaren available, but it certainly does not lack in quality. Here is a closer look at this Amazing Car Of The Day: The McLaren 570S Coupe.

McLaren wants to make it clear that the 570S Coupe is a sports car and not a super car. This rear-wheel drive two-seater is the most affordable McLaren model, but still has a starting price of $184,900. Early reviews of this luxury car have it comparing well to other, more expensive models. 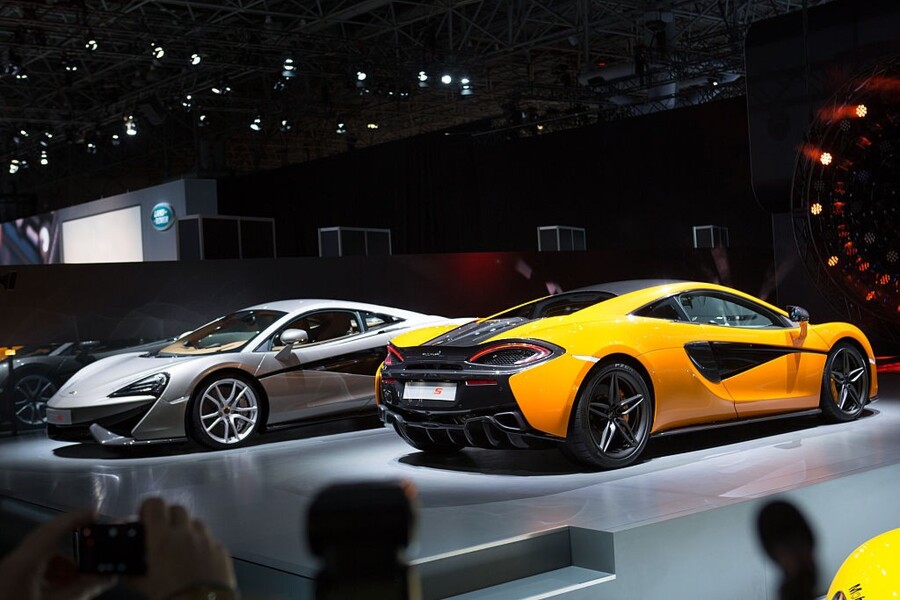 McLaren Automotive was founded in the 1960s in the United Kingdom by New Zealand race car driver Bruce McLaren. The company's first model was the F1, which is now a rare collectible that will cost you millions to own. The company is now focusing on their new Sports Series, which also includes the 540C. McLaren says that this new line should make up 60 to 70% of the company's total sales.

The 570S Coupe will be available in mass, unlikely some other rare McLaren models. It features dihedral doors, a sequential seven-speed gearbox, and a twin-turbo 3.8 liter V-8 engine. The 570S will have a top speed of 204 miles per hour and will be able to go from 0 to 62 mph in 3.2 seconds. Even though plenty of these sports cars will be available, the 570S will not be sold in the United States. The car's likely competition includes the Audi R8, Porsche 911 Turbo S, and Mercedes-AMG GT S.

Celebrity McLaren owners include Rowan Atkinson, Nick Mason, Miley Cyrus, Lewis Hamilton, Yo Gotti, Lady Gaga, David Beckham, Dwyane Wade, will.i.am, Sir Mix-A-Lot, Calvin Harris, and Ludacris. It remains to be seen if the super rich will still want this car, or if they will think it is not expensive enough to be considered a luxury vehicle.