Amazing Car Of The Day: The Mansory Vivere Bugatti Veyron

This Bugatti Veyron was augmented by German company Mansory and named the Vivere, which translates to "to live." It started as a Grand Sport Vitesse Roadster and was given a carbon fiber body along with a spoiler package. The Vivere also features upgraded LED lights, a redesigned front grille, and a rebuffed cabin. One really cool thing about the Mansory Vivere is that maps of historic races such as the Targa Florio have been etched by lasers into the interior and exterior. 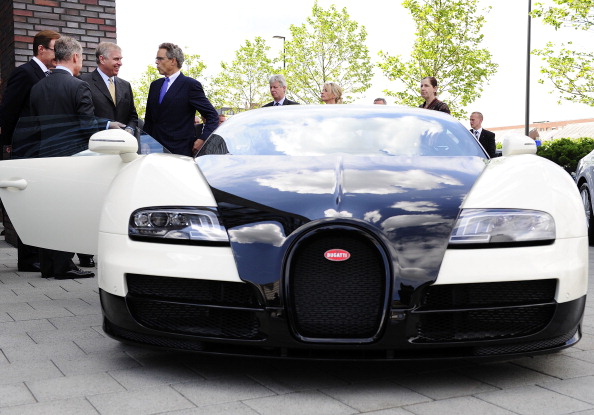 The Vivere is basically the Veyron with a very expensive facelift. It has some pretty amazing upgrades to help it look cooler and be more aerodynamic, but still features the standard Veyron engine. You could say that the Mansory Vivere adds even more luxury to the already luxurious Bugatti Veyron. The Vivere features modified wings and a shortened bonnet. It also has a stylized letter "V" on the front grille and a new set of five double-spoke design wheels. The Vivere has black and white leather seats and features LED lights inside the vehicle to provide ambient lighting in the seats, instrument panel, and doors. This supercar also has a very eye-catching black and white exterior, which sets it apart from anything else.

The Bugatti Veyron comes with an 8.0 liter V12 engine capable of 1,200 horsepower and a top speed of 254 miles per hour. As we have documented, Bugatti has stopped making their Veyron models, but some can still be had for quite a bit of money at auction. A base price Veyron would have set you back $1.65 million. The Veyron is being succeeded by the Chiron, which will go for $2.5 million. The Chiron will be available sometime in 2016 and promises a whopping 1,500 horsepower!

The Mansory Vivere Bugatti sold for more than double that of a normal Veyron, at $3.4 million. This special edition Veyron is quite rare and it is unknown if any celebrities have owned one. We do know that the standard Bugatti Veyron is popular among celebrities and owners include Jay-Z, whose Veyron was a $2 million present from Beyoncé, Drake, Simon Cowell, and Lil Wayne. Car enthusiasts who really want "to live" should certainly try to get behind the wheel of a Vivere.