Amazing Car Of The Day: The $2 Million Koenigsegg One:1

The Koenigsegg One:1 is a stunning car that ranks as the 6th most expensive car in the world. This model is extremely limited, with only six examples being made. The One is one of the fastest cars ever made. Here is a closer look at this Amazing Car Of The Day: The Koenigsegg One:1.

The One:1 starts at $2 million, which makes it one pretty expensive Swedish ride. Koenigsegg claims that the One:1 is the "world's first mega car". This luxury vehicle was based on Koenigsegg's Agera R. The One:1 got its name based on its 1:1 ratio of kilogram-to-horsepower. What that means in plain English is that this car has an incredible 1,340 horsepower. The One features an F1-style honeycomb core with ventilated ceramic brakes and a carbon fiber intake manifold. 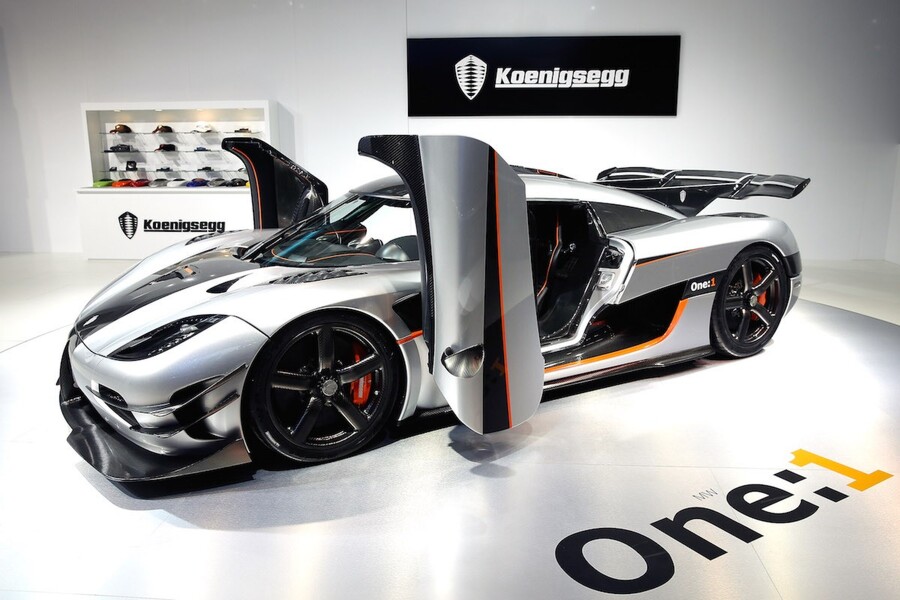 The Koenigsegg One:1 debuted at the Geneva Motor Show in March 2014. This mega car was displayed at the 2014 Goodwood Festival of Speed alongside supercars such as the McLaren P1, the Pagani Huayra, the Ferrari La Ferrari, and the Porsche 918 Spyder. The Koenigsegg One:1 contains a 5.0 liter twin-turbocharged V8 engine which is used in all Ageras as well. The top speed of the One:1 is 281.5 miles per hour which is faster than any other Agera variation. The car can go from 0 to 100 kilometers per hour in 2.8 seconds.

The One:1 broke records in June of 2015 by going from 0 to 300 kilometers per hour, and back down to 0 in just 17.95 seconds, breaking its previous record of 21.19 seconds set in September 2011. The Koenigsegg Agera which the One:1 was based off of was designed by Christian von Koenigsegg and is a 2-door targa top that was manufactured in Angelholm, Sweden.. It was named Hypercar of the Year by Top Gear Magazine in 2010.

With only six models in existence, it has not been confirmed that any celebrities own a Koenigsegg One:1. The carmaker is popular among some celebrities like Floyd Mayweather, who recently dropped $4.8 million on a Koenigsegg CCXR Trevita. It remains to be seen if Koenigsegg will come out with a follow up to this car, possibly a Two:2.