Amazing Car Of The Day: The Ferrari LaFerrari

The LaFerrari is a hybrid sports car that was first shown off at the Geneva Auto Show in 2013 and produced from 2013 to 2015. The average cost of the LaFerrari is $1.4 million, and all of these cars sold out fast. Since these cars were so limited, Ferrari put some strict rules in place reagarding who could purchase one. If you wanted to own a LaFerrari, you had to have purchased at least two recent model Ferraris and owned at least five Ferraris in the past 10 years! 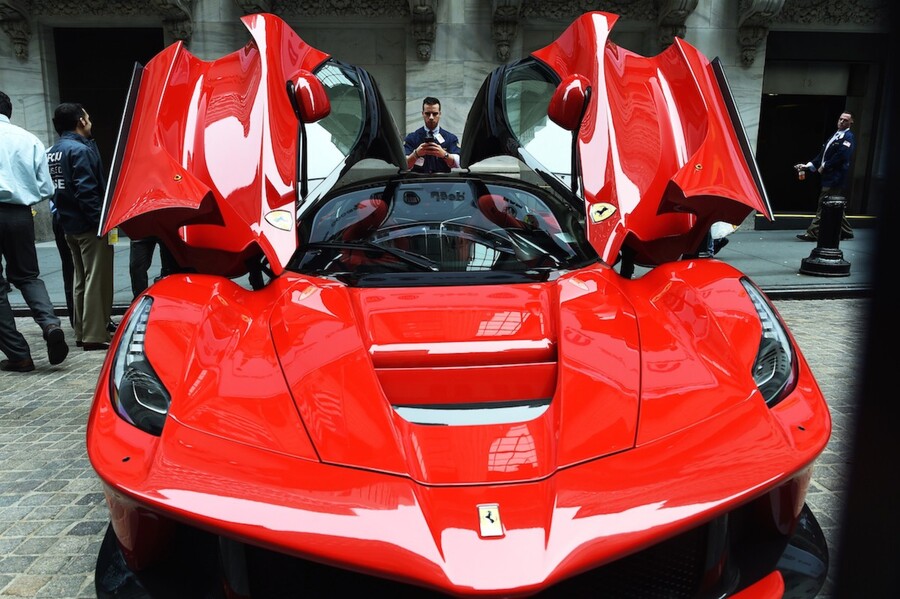 This luxury car was Ferrari's first attempt at a hybrid and it went quite well. It features a 6.3 liter V12 engine capable of 950 horsepower alongside an electric motor and a Kinetic Energy Recovery System. The LaFerrari has a top speed of 217 miles per hour and can go from 0 to 60 mph in under three seconds.

This amazing Ferrari is a 2-door Berlinetta and also features a 7-speed dual-clutch automatic transmission. The LaFerrari was designed by Centro Stile Ferrari under Flavio Manzoni. The only variation is the Ferrari FXX-K, which is track exclusive and comes with a boost, amping it up to 1,035 horsepower.