Amazing Car Of The Day: The Bentley Continental Flying Spur 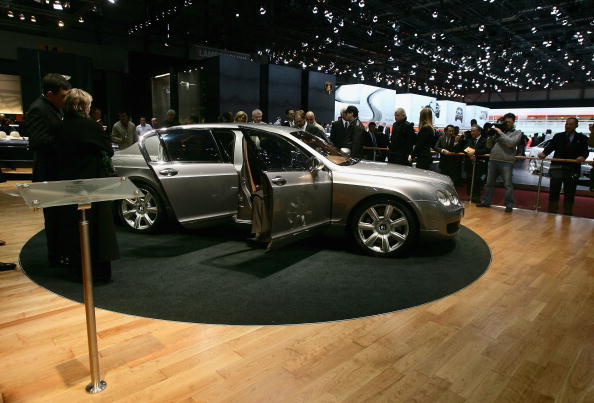 A redesigned Flying Spur was announced in 2013 for a 2014 model year that was unveiled at the Geneva Motor Show in 2013. For the new version the word Continental was left out of its name. It features the 6.0 liter W12 engine from the Continental GT with 616 horsepower and a 0 to 60 miles per hour time of 4.3 seconds with an eight-speed automatic transmission. The 2014 Flying Spur is said to get 20 miles per gallon on the highway and 14 mph in the city.

The refreshed luxury sedan's 2016 model was announced at the International Geneva Motor Show this year. It will offer a high level of customization. Bentley chairman and CEO Wolfgang Durheimer has said that Bentley "listens carefully to our customers, and with these new evolutions we're making our cars even more stylish, efficient, connect, and useable every day".

Celebrity owners of the Flying Spur include Bow Wow, Dan Bilzerian, Michael Beasley, JaMarcus Russell, Ben Baller, and Nicole Richie and Joel Madden. The Bentley Flying Spur continues to evolve and improve and perhaps one day it will actually be able to fly!