Amazing Car Of The Day: The Aston Martin One-77

The Aston Martin One-77 is a top of the line luxury sports car that ranks as the 7th most expensive car in the world. As the name implies, only 77 examples of his amazing car were made. This two-door coupe was produced from 2009 to 2012. Here is a closer look at this Amazing Car Of The Day: The Aston Martin One-77.

The One-77 debuted at the Paris Motor Show in 2008 and was fully revealed at the Geneva Motor Show in 2009. The name One-77 comes from how many of these vehicles were made. When they were still available for sale, the One-77 would set you back $1.4 million. The Aston Martin One-77 was designed by Miles Nurnberger and assembled in Gaydon, Warwickshire, United Kingdom. 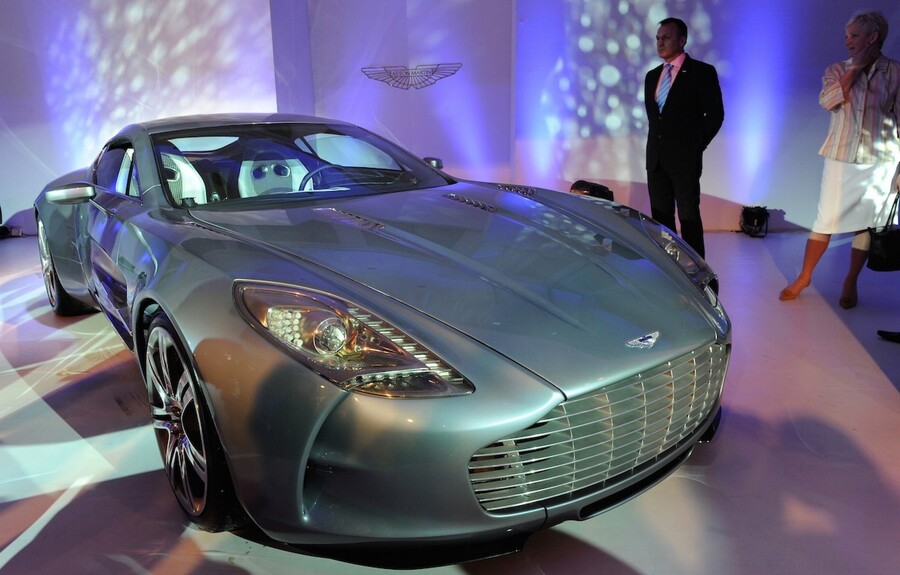 This Car of the Day features a naturally aspirated 7.3 liter V12 engine capable of 740 horsepower with a top speed of 200 miles per hour and a 0 to 60 time of 3.5 seconds. It also comes with a six-speed automated manual transmission and a full carbon fiber monocoque chassis.

The One-77 has won many awards, including the Concorso d'Eleganza Design Award for Concept Cars and Prototypes and the Best Design Award from Auto Express. The Aston Martin One-77 has been featured in many video games including Gran Turismo 6 and Need for Speed: The Run.

Aston Martin One-77s are used by the Abu Dhabi Police department, who paid $1.8 million for theirs, and by the Dubai Police department, who paid $1.83 million. Because there were only 77 examples made, it was difficult for celebrities to add this car to their luxury collections. Although there are no official reports of celebrity One-77 owners, Aston Martin is certainly a popular car brand with various models being owned by Halle Berry, Prince Charles, Michael Jordan, Chris Tucker, Slash, Daniel Craig, Rafael Nadal, Denise Richards, Pierce Brosnan, and Jay Leno.

Unfortunately the only way to get a One-77 now is to buy one used, which would still cost you a pretty penny. Adjusted for the current rate, the price of this bad boy would now fittingly be $1.77 million, which is only a coincidence since the price was set in Pounds at 1.15 million