Amanda Bynes' Car: Why Do They Keep Letting Her Drive It?

By Paula Wilson on September 21, 2012 in Articles › Celebrity Cars

There was a moment in time when Amanda Bynes could do no wrong.  She was everywhere, appearing in multiple Nickelodeon shows, including her star vehicle, "The Amanda Show", and then transitioning into film work with popular performances in such projects as "What A Girl Wants", "She's the Man", "Hairspray", and most recently, "Easy A".  Of late, however, things have gone a little off the rails for her.  After deciding to quit acting in 2010, her behavior became increasingly erratic.  Over the course of the last year, she has been in and out of court due to DUI's, bizarre public behavior, and the occasional hit-and-run.  Most recently, her black BMW 5-series was impounded, after she was caught driving with a suspended license.  As the majority of her incidents have occurred while in her BMW, it is clearly a wise decision to take it away from her.  (Though word on the street is that she was back in the car the following week.) 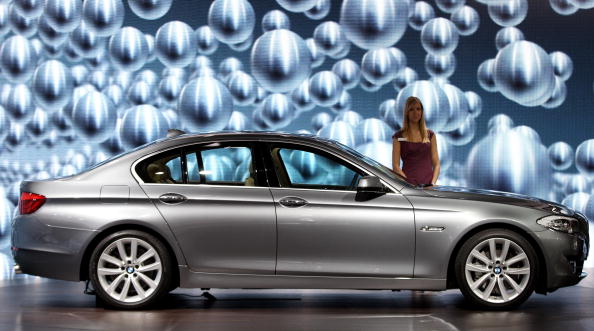 Famed car designer, Marcello Gandini designed the first 5-series vehicle.  The 5-series is so named as it is the fifth series of cars to be released by BMW after introduction of the V-8.  Since then, there have been five more generations of the 5 series, with the first being introduced in 1972.  The design has become more streamlined over the years, and improvements have been made to the engine, and overall level of safety of the vehicle.  Beginning with the fifth generation, major changes were made to the design of the car.  Most notably, the iDrive electronic interfere was introduced.  iDrive, which allowed for control of nearly everything in the car electronically, was met with some resistance by BMW purists.  Today, however, the BMW 5-series, which is currently in its 6th generation, accounts for nearly 50% of BMW's profits.  It is basically, an extremely well-made mid-size Sedan.  It is a responsible car that is normally driven by responsible people.  Unfortunately, that air of responsibility has not rubbed off on Miss Bynes.