You might remember some of the amazing celebrity related cars that were being put up for auction this year at the annual Classic Car Week at Pebble Beach in Monterey, California. During the course of this dream week for car collectors, a total of $390 million changed hands, which could be closer to $400 million when the final tallies come in!

We brought you the stories of a Ferrari Testarossa from Miami Vice that was previously listed on eBay as well as the story of the last Porsche Steve McQueen owned and drove. In addition to these cars linked to screen legends, this year featured the "Pinnacle Portfolio" expected to make $65 million, which included a 1998 orange McLaren F1 LM-Specification, a 2005 Ferrari Enzo owned by Pope John Paul II, and a pair of Bugatti Veyrons, among many others drool-worthy cars. 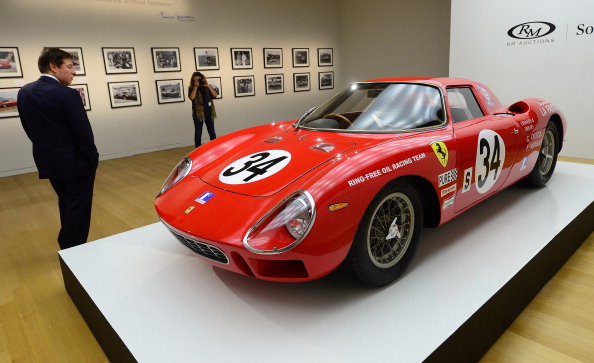 RM Sotheby's was the big winner this year as their auctions brought in $172 million in sales (they sold the 1964 Ferrari for $17.6 million). The average sale price this year came in at just under half a million dollars so this auction is not for the faint of heart. The total auction sales were actually down from last year, which was thanks in large part to a 1962 Ferrari 250 GTO that went for record breaking $38 million in 2014!

Classic Car Week in Monterey is a great thing, not only for car lovers and collectors, but for the local economy in Northern California. Each year the event draws about 85,000 visitors and in 2014 sales tax revenue alone helped earn Monterey County $3.4 million. Even if you can only dream of owning some of these cars, you can still visit the car show and spend the week in a beautiful setting.