Alberto Del Rio's Car: No Matter What You Call Him, the Dude Clearly Has Excellent Taste in Vehicles

By Paula Wilson on October 29, 2012 in Articles › Celebrity Cars

Alberto Del Rio, also known as Alberto Rodriguez, Alberto Banderas, and Dos Caras, Jr., has made quite a name for himself as a wrestler around the world.  Provided you can figure out which name to call him.  The successful WWE wrestler won the 2011 Royal Rumble, and is a two-time WWE Champion.  He was also a Consejo Mundial de Lucha Libre World Heavyweight Champion, and he's enjoyed solid careers as a mixed martial artist and luchador in both Japan and Mexico.  He comes from a family of luchadors based in Mexico, and there is no denying that he has become a very popular figure for the WWE.  When he is not beating the heck out someone, or having the heck beat out of him, he collects cars.  He is known for appearing at matches in his various vintage and custom vehicles, and most recently, he showed up for Monday Night Raw in a special Aston Martin Vantage. 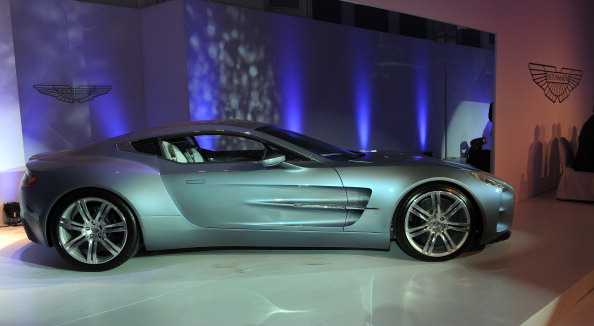 The Aston Martin Vantage is the company's answer to the Porsche or the Ferrari.  Even though the Aston Martin achieved worldwide fame as James Bond's car line of choice, it was always a little difficult for the company to shake the mantle of upper-crust British society that was often associated with it.  The Vantage, which has been produced since 2005, goes a long way towards dusting off the cobwebs.  The 2012 V8 Vantage Roadster is a gorgeous car, and has a convertible top which can be raised or lowered while the car is traveling at up to 30 miles per hour.  The vehicle also features a 4.7 liter AJ V8 engine, 6 speed transmission, LED rear lamps, halogen projector head lamps, a leather interior, a six CD-changer, iPod dock, and USB connectors, and a number of other high-end amenities.  Mr. Del Rio's personal vehicle also sports custom tires by DForged.  The price for the car prior to customization is around $150,000, which actually seems like a reasonable price to pay for a car that many experts consider to be one of the best sports vehicles available currently.